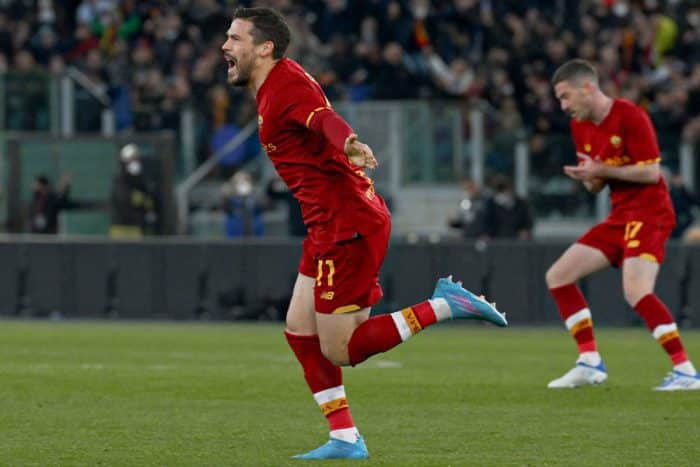 Roma attacker Carles Pérez sat down for an extensive interview with AS and discussed a variety of subjects, including tomorrow’s Conference League clash against Bodø/Glimt.

The Spaniard has primarily featured from the bench this season, finding it difficult to break into Jose Mourinho’s starting eleven. Nonetheless, Pérez lauded the Special One for the impact he’s made on the Giallorossi’s mentality.

“It’s true that it’s been a tough season for me due to the lack of playing time,” admitted the former Barcelona man.

“As I said following the win against Salernitana, you have to make the most of the opportunities you get. The most important thing is to keep working hard and wait for your chance.”

He continued, “We’re about to enter a stretch of crucial matches and after scoring on Sunday I think I showed that I can be relied upon. I want to be important to the team.”

“I felt very motivated after I heard Mourinho compliment my work ethic. As a child you dream of being coached by people like him or Guardiola, top managers.”

“Despite his status he still manages to remain very close to the players. After working with him for almost a full year, I understand his philosophy and what he asks of his team.”

“Even if I haven’t played as much as I’d like, I’ve really improved as a player under him. He’s strengthened my mentality.”

Pérez was then asked about his decision to remain with the Giallorossi in January after compatriots Gonzalo Villar and Borja Mayoral opted to return to Spain due to lack of playing time.

“I don’t want to seem banal but it’s about seizing chances. Roma is an incredible club and I want to succeed here regardless of whether that means I’m playing a bit more or less.”

“I feel good here, it’s my home. I get on well with the supporters and the people in the city. It would’ve been easy to join another team, but I want to stay here and fight.”

The 24 year-old also elaborated on his two and a half years in Italy following his move to Roma in January 2020 from boyhood club Barcelona.

“First off, I’d say I’m both physically and mentally different since I left Barcelona,” he admitted. “Leaving your home, friends and family in order to move abroad to fulfill your dreams forces you to mature.”

“I left Barcelona two years ago and all I can say is that I wish them the best because I’m a professional footballer thanks to them.”

Adding, “Footballing-wise I’ve learned a lot from a tactical perspective. There’s a lot less space for attackers here in Serie A. I learned how to play more open at Barcelona but in Rome I had to learn how to attack more inside.”

“You have to do what the manager asks but I enjoy playing as a winger and that’s the role where I feel most at ease.”

As for tomorrow’s showdown in the Italian capital against Bodø/Glimt, the attacker is confident his side has what it takes to advance to the Conference League semifinals.

“They gave us problems in the group stage but I think a few things came into play during the game in Norway: namely the weather and the fake pitch.”

“Nonetheless, these things happen in football and you need to learn to move on and turn the page. The best way to overcome everything is by winning tomorrow and advancing to the next round.”