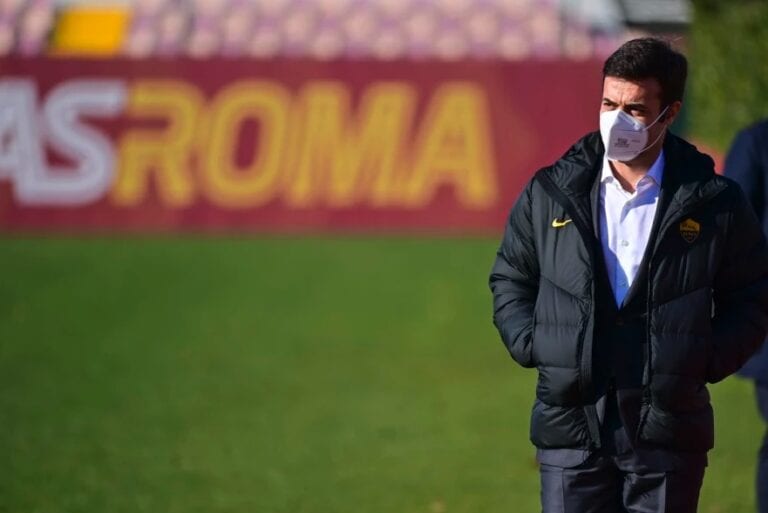 Roma welcomed their new General Director, Tiago Pinto, to the club earlier this month after the Portuguese executive bid farewell to Benfica after eight seasons.

Pinto, who will oversee all of the club’s football-related matters, was the first major appointment by Roma’s new owners, Dan Friedkin and Ryan Friedkin, following their acquisition of the club in mid-August of last year.

In their search for a new sporting chief, the American duo utilised the services of Charles Gould, the owner of California-based football consulting agency Retexo Intelligence.

The Englishman was interviewed this week by David Novo, a journalist for the Portuguese newspaper Record, and discussed his group’s analytical and data based approach when it comes to helping football clubs identify new technical staff candidates.

While a confidentiality agreement prevented him from specifically discussing the Giallorossi’s decision to choose Pinto, he did share some insight as to how Retexo operates.

“I have been in football since 2010 and I’ve helped sport organisations hire individuals in a number of key roles. There’s been an influx of new investors and owners in sports, so I founded Retexo Intelligence to help these new groups with operations and organisational structure,” Gould said.

“Our company is designed to find professionals for many different positions, but I would say when it comes to the technical side that our speciality is in finding successful Sporting Directors, Heads of Fitness, and Performance Directors.”

For example, Gould was instrumental in Real Madrid’s appointment of Gregory Dupont as their new Head of Fitness in July 2019.

“I’ve also worked with clubs in restructuring their academies to help them achieve more profits. I analysed all of the elite players in the last ten years – and these are players who have played in the Europa League or higher – and along with artificial intelligence companies, we tracked their paths all the way back to their academies. We identified the respective countries that they trained in and learned more about who was running those individual academies.”

“For example, in Portugal you can see that Benfica and Porto have done a good job in the development of players. We would be interested in learning about the people who worked in these academies. Of course, this isn’t an exact science, a qualitative evaluations comes after the quantitative one.”