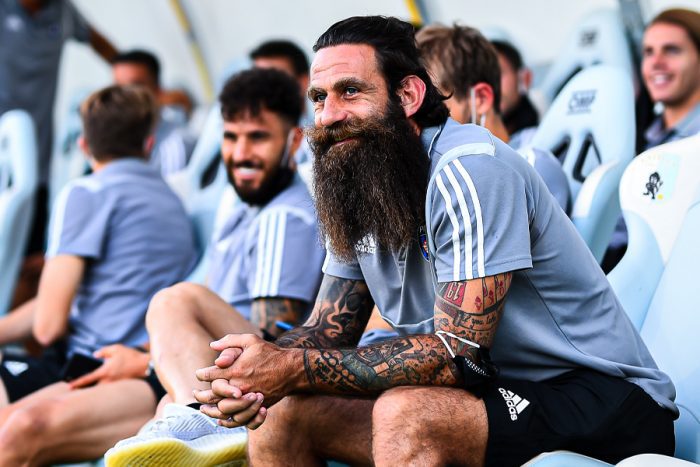 A Roma supporter since his childhood, the 42 year-old weighed in on the state of the Giallorossi’s attack, including Tammy Abraham and Nicolo Zaniolo.

“Abraham has huge potential, but it’s tough to forget about someone like Dzeko,” said Moscardelli .

“I was one of the Bosnian’s biggest fans so I was disappointed he left for Inter. Abraham is a different type of player, he’s young and has incredible speed and technique.”

“Let’s not forget about Dzeko’s first season in Rome when he struggled. Abraham isn’t doing bad at all but there’s still room for him to improve.”

“As for Zaniolo, if I were Roma I would do all I can to keep him. He’s going to be such a decisive player even from an national team perspective.”

He continued, “Luckily this isn’t a decision I would have to make. I realise it’s potentially a lot of money and selling him would mean reinvesting in other players, but his characteristics are rare.”

“He approaches games in a different way and he can grow so much more. I think he can become a springboard for the Azzurri and a key for the World Cup along with Chiesa.”

Finally, Moscardelli was asked about the struggles of fellow attacker Eldor Shomurodov. The 26 year-old joined Roma last summer from Genoa for €17.5 million plus bonuses.

However, he’s only registered only 4 goals and 5 assists in 26 total appearances so far this season.

“Shomurodov hasn’t started well, he needs to unlock himself with a big goal,” suggested Moscardelli.

“He hasn’t been able to completely express himself. But Rome is a very particular environment when compared to others, it’s not easy. But he has the qualities to do well, he showed it last season with Genoa.”

Adding, “Sometimes all it takes is an action or a goal in a big match for you to breakout of a tough moment.”