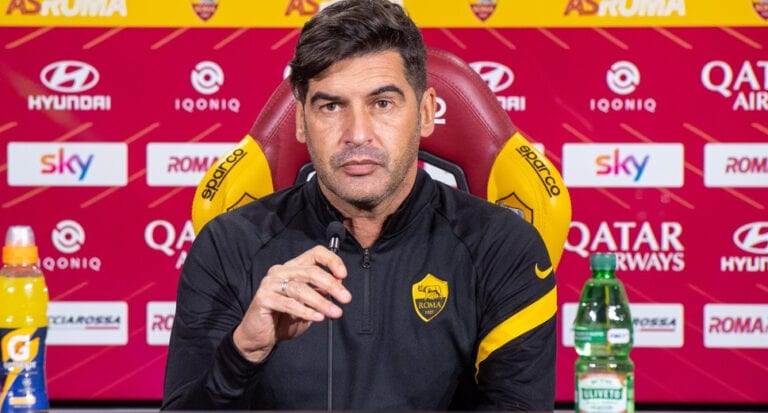 Roma manager Paulo Fonseca and Stephan El Shaarawy spoke with the media today ahead of their second leg Europa League tie against Braga.

The Giallorossi host the Portuguese side tomorrow in the Italian capital and hold a crucial two-goal advantage entering the fixture.

Despite the advantage, though, Fonseca warned his team that qualification hasn’t been secured

“This tie isn’t over, we faced a strong team in the first leg and we must have the right attitude tomorrow,” he said.

“I know really well the mentality of those players and that club, they’ll want to turn the result around. We must be ambitious tomorrow, we can’t just sit back and try to manage the lead.”

The Portuguese tactician also addressed the injury situation in his team. Roma have been dealing with an injury crisis throughout the past month, particularly in defence.

“This isn’t a normal situation. We’re shorthanded in defence, I can’t go back and add Fazio and Juan to our UEFA team sheet,” quipped Fonseca.

“Fazio did well against Benevento as did Juan, I’m happy with how they played. However, they won’t be available tomorrow and I can only use who I have at my disposal.”

He continued, “It will be tough for us to recover Ibañez and Smalling for the Milan game. Kumbulla, though, is getting closer to coming back. Pastore? He’s been out for a long time. He’s slowly recovering his condition and I think he can be ready to return soon.”

“El Shaarawy will play and Spinazzola could also play from the start, we’ll have to see. The players have shown recently that they’re willing to make sacrifices for the team.”

“I’m only thinking about tomorrow’s match, which will be a difficult one. I don’t want us to look ahead to Milan. We have to wrap-up qualification before we start thinking about Sunday’s game,” concluded Fonseca.

Fonseca’s sentiment was echoed by El Shaarawy, who was unwilling to look ahead to Sunday’s match against his former club.

“It would be a huge mistake to be thinking about Milan, tomorrow is fundamental for us,” he stated. “We must have maximum concentration to ensure that we progress in this tournament.”

“Il faraone” made his season debut last week in the first leg against Braga after completing his return to the club in January. He took part in Sunday’s draw against Benevento, but tomorrow will mark his first start of the season.

“I’m getting better physically, tomorrow will be my first game as a starter. I hadn’t played in a match for a long time, so tomorrow will be important not only for the team but also for myself,” he said. “I’ve got to put minutes on my legs and gain some confidence.” 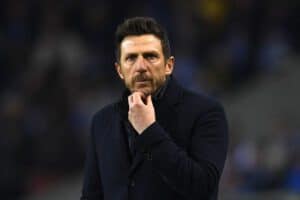