Di Francesco ahead of Empoli: “Luca Pellegrini to start”. 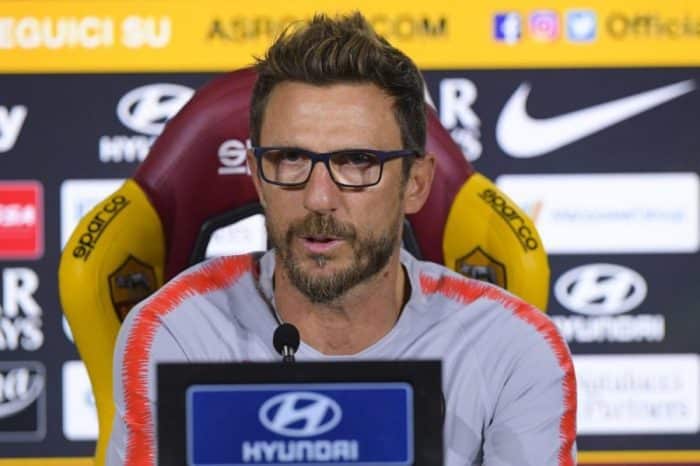 Roma manager Eusebio Di Francesco held his pre match press conference in view of tomorrow’s challenge against Empoli. These are his words:

Will it be an exciting evening for you?
More than exciting, it will be a pleasure to return to Empoli, I have lots of friends and great affection for the club. Starting with Nicola Caccia, a great friend of mine with whom I shared so many joys and with and with whom I grew up. That’s why I’m happy to return, but I’ve been there before, as Roma manager, though, it is my first time, it’s always nice.

Kolarov?
Luca Pellegrini will start, Kolarov will not even be called up, he could not even walk today. We must congratulate him for how he played and for the availability he showed to the team.

De Rossi?
De Rossi fully participated in training. If he is okay, he will play from the start.

What should Karsdorp and Schick do to become important for this team?
We will see, there’s is also a path of growth. Karsdorp is coming off a major injury, he is still adapting, he has to work and improve on a number of things, opportunities will be there for everyone. Schick has alternated well, he’s done some good and some less good things, but I am convinced that his ability will come out. Right now, I will try to exploit the vein as a scorer that Edin showed Tuesday.