Di Francesco speaks ahead of Fiorentina 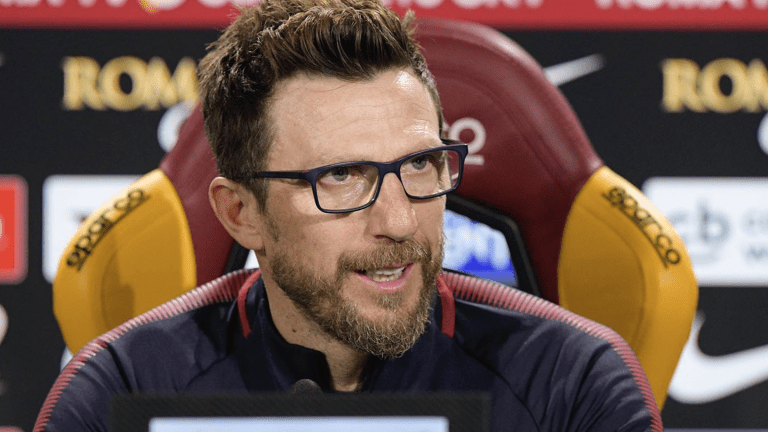 Roma manager Eusebio Di Francesco spoke today at his usual pre-match press conference ahead of the clash against Fiorentina. These are his words:

How are Ünder and Nainggolan?
Ünder certainly will not be called for the Fiorentina clash, we hope that he is there for Barcelona, ​​which is possible. Nainggolan will have a decisive test today to decide if he will be there tomorrow.

In the last few matches, you have failed on several good chances, are there too many starters which results in a lack of cohesion?
What you say is very true, the data is irrefutable, we will try to improve on this from here until the end, then we will draw the conclusions afterwards. There are still so many important matches left, we have to find more cynicism when we’re near the goal, which is what we lack.

Defrel, Schick and Gerson: who gave you the right response?
Perotti will not be called up against Fiorentina, we do not know when he will be back. He took a bad blow to his calf. Defrel will certainly start, we will see about the others.

For the Roma on display at the Camp Nou, how close is it to the ideal Roma that you want?
If I had to review the match from a technical point of view, I was satisfied to see a team that played as I ask. We were compact in the both phases, and threw off the playing style of a really strong team. I like to face teams like Barca. The Roma I want is getting closer, but taking example from a match where we lost 4-1 is not what I want. There were mistakes that compromised the match.

Could Florenzi play in the midfield tomorrow?
This hypothesis can only be supported by Bruno Peres, he is at the basis of it. He was perhaps the best on the pitch against Barca. This can allow me to use Florenzi in various roles, he prefers to play on the flank, both high up the pitch and at he back. He can play intermediately, though. 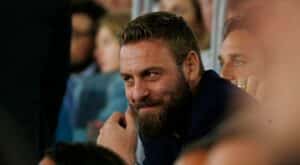