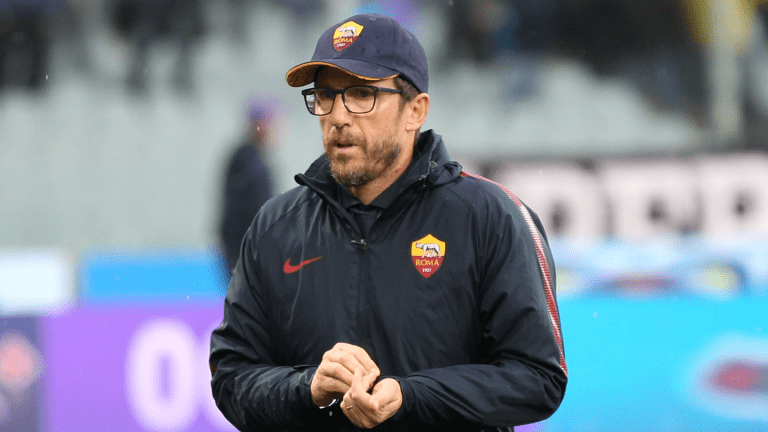 Who did you tell first when the agreement with Roma was reached?
My family. My wife and my children, starting with Federico. You can’t tell a son who supports Roma right away, I did so only when I knew it was certain.

How is Federico doing after his injury?
Not well, unfortunately, he will be out for two months. I’ve went to see him in Bologna, as a father. However, injuries happen. He has time to recover.

But maybe one day you’ll work at Roma with him?
No, I do not think this is possible. Only with a phenomenon like Maldini and his father could this work. For now, Federico has to think about growing, he has already made a good leap in quality but he can’t become content.

Schick and his interview?
I have not yet had the opportunity to talk to him directly but I know it was poorly interpreted. Unfortunately, he’s not been well physically and I have only been able to train him a little but I assure you he has impressive technical ability. Also he is very agile even though he has a great physical strength. Now he wants and must prove he’s worthy of Roma.

When will the fans know him?
I hope to call him for the Derby. He’ll probably be called but won’t play right away. Next week, we will try to put him back in the group.

Where will he play?
As a wide attacker, second striker or even as a vice-Dzeko. We’ll see.

In the interview, he said he did not want to chase fullbacks.
He’ll have to do it if he wants to play.

How do you beat Lazio?
I do not want to reveal much. Of course, we will not overhaul our features and our mindset. You do not have to adapt to your opponent, you have to respect them. We know that Lazio are good at taking advantage on the counter so we will implement our strategy to win the match.

How come Berardi has not yet left for a big club?
He remained me to continue working with me, but also because Sassuolo asked for a lot of money to sell him. For me, he deserves a big club and I hope this happens. He has a unique character, he is a little shy: I think that at first he was embarrassed to be called by the Azzurri, but I managed to handle him, because he is not a hot head and in training he always gives his best.

Did you think of him for Roma?
I can not answer that, but if you ask me a question about him, I’ll tell you that I always want him in my team.

The failure to buy Mahrez was a big disappointment.
Yes, he was our first choice and we could not get him, but the disappointment lasted only shortly, we reorganized with the players we had.

Who surprised you the most?
Alisson. Savorani, the goalkeepers coach, spoke well of him immediately, but once I saw Alisson on the pitch I was amazed by his presence, especially by the calmness he transmits to the team.