Dzeko: “United are favorites, but we have quality, too. Anything is possible.” 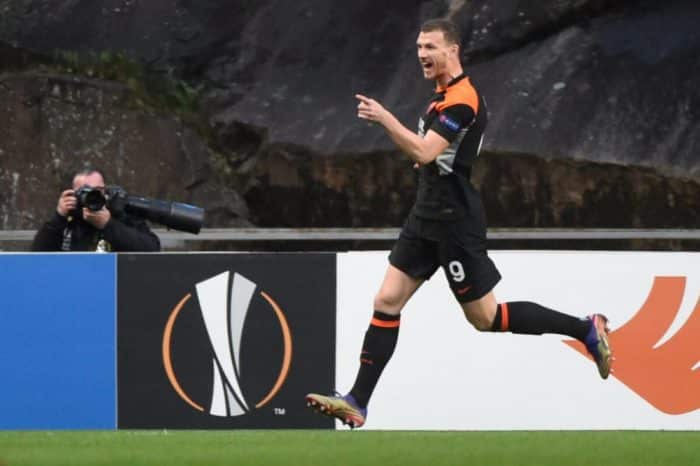 Alejandro Camano, the agent of Roma striker Borja Mayoral, address his client’s future after a successful first season in the Italian capital.

The Spaniard joined Roma on a two-year loan deal with an option to buy in the summer from Real Madrid. He’s tallied 15 goals and 7 assists in forty appearances in all competitions this season, his best scoring season as a professional.

“We’re working on Borja’s situation as Roma have undergone a revolution in their technical sector after the arrival of Tiago Pinto,” he said to Sky Sport.

“He’s doing very well and it wouldn’t surprise me if the Giallorossi decided to activate the option to buy this year. He’s happy in the Italian capital.”

He added, “However, Roma are busy with the Europa League, we’ll discuss everything afterwards.”

The Bosnian, who is expected to lead the Giallorossi’s attack, conceded that even though the Red Devils are the heavy favorite, anything is possible at this stage of the competition.

“You don’t get to play semi-finals every day. We know their strength, and Manchester United are certainly favorites, but the very fact that we’ve got to the semi-finals gives us the right to believe,” he said.

“We know that we have quality, too, and first of all, as a team, we have to act as one. Then, anything is possible. When you’re playing in the semi-finals, (lifting the trophy) is certainly the ultimate aim.”

“Maybe, at the beginning of the Europa League you don’t think so long term, but when you’re so close it’s certainly the aim.”

He added, “Ahead of us, we have one of the strongest opponents of the last 20 years in European football, and it won’t be easy at all. We’re aware of that but we don’t have to be scared. Anything is possible.”