Dzeko: “We have to get all 9 points left on the table, then we’ll see what happens”. 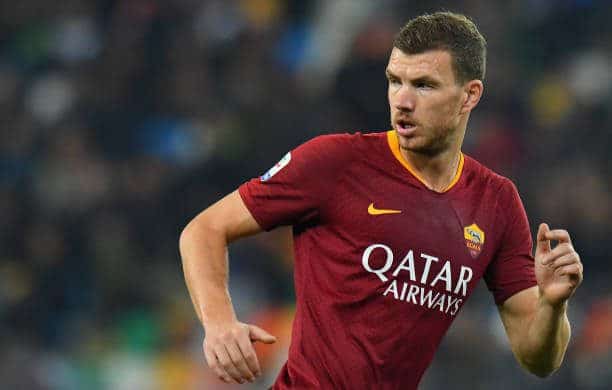 Roma attacker Edin Dzeko appeared in the latest edition of AS Roma Match Program ahead of the challenge at the Olimpico this weekend between the Giallorossi and Juventus. These are his words:

Let’s start with the recent fixture against Genoa. The goal at the end slowed Roma’s Champions League hopes.
Certainly that goal has complicated everything. We are disappointed because we suffered in order to get our goal and then to concede in the last minutes on a corner kick…it can’t happen, we lost two important points.

In reality, though, Mirante saved the point at the end. At the end of the season, a point could make the difference.
We have to thank Antonio and we hope that the point can make a difference in the end, but for me, they were two points lost.

Once again, points were lost in the final minutes, which has happened too many times this season. Not taking into account added time, Roma would be third in the standings. What are these losses of attention due to?
But we are not third. You play minute beyond the 90th and you have to be concentrated until the end until the referee blows his whistle.

On Sunday, Juventus will arrive at the Olimpico. They haven’t won since being crowned champions.
It is always an important challenge between Roma and Juventus, even for them there is still motivation. Ronaldo is aiming to become the top scorer. Nobody gives you anything in Serie A, but we have to get 9 points from here until the end of the season.

You’ll take the pitch on Sunday having already known the results of the other sides in the Champions League race. Is this an advantage or no?
I don’t know, it changes very little for us: we have to win.

Atalanta have the most points, Milan perhaps have the more favourable calendar: so now Roma are forced to grab all 9 points left. Who is the favorite as of now?
Certainly Atalanta, who is three points ahead. Even if Atalanta should lose at home we must win otherwise it is of little use.

What has the team worked on since Ranieri’s arrival?
We scored a lot this season, but Ranieri wanted to give more attention to the defence. For me, it doesn’t depend on the manager: we attack and defend as a unit.

How much of an impact has this city had on you?
I have always said that I am happy here and my family feels good in Rome. Rome will always remain important to me even when I finish with football.