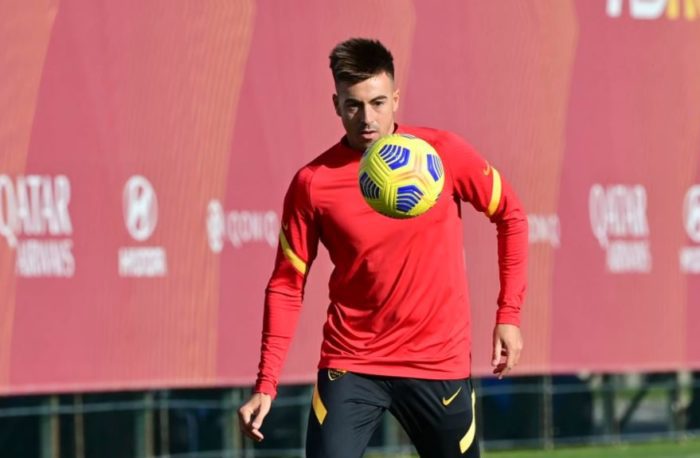 Roma attacker Stephan El Shaarawy officially completed his return to the club after departing eighteen months ago for Shanghai Shenhua.

“I’m very happy to be back. It was quite a long wait but I’m happy it’s all worked out well. I have to thank the president of course, the general manager Tiago Pinto and the coach above all.

“Pinto and [Paulo] Fonseca were the two people who showed great interest in me right from the start. They clearly wanted me in the team and that was a key factor. I’m really fired up, motivated and excited about writing a new chapter of my career at Roma.”

The 28 year-old admitted that it feels as if he never even left the club even though there have been a number of changes both on and off the pitch between his departure and return.

“It was almost as if I hadn’t been away. The love was always there. The fans have showed me that and I saw it the previous transfer windows. That made me feel very proud. Now of course I have to repay all that love and faith in me with my performances but I really am delighted to be back at this club.”

Adding, “I’ve always said that Rome was much more than just somewhere I played football. The city becomes a part of you because the people are so kind and passionate. Recently I’ve felt a strong desire to return and as I said I’m grateful to the general manager and the coach for wanting me here and to my brother for making the move happen. It’s time to start again and I can’t wait.”

El Shaarawy then shed some light on how his reunion in the Italian capital came about after he sought to return to Serie A less than a year and a half into his contract with Shanghai.

He confessed that Tiago Pinto, the club’s General Director, played an important role in finalising the deal to bring him back, “I spoke to Pinto over the past month and he showed great interest in me.”

He was another one who really wanted to bring me to Roma. He showed how much he believed in me, I’ve thanked him but I have to thank him on the pitch. My goal now is to get back to my best as quickly as possible so that I can help the team.”

As for objectives, the attacker professed that even though he has his eyes on winning a place in the Italian national team for this summer’s European championship, he must perform well for Roma to be taken into consideration.

“My goals are first of all to perform well for Roma and qualify for the Champions League, which has to be our priority. I also hope to play at the Euros. Over the coming months I’ll be focused firstly on Roma but also on getting called up for Italy.”

Finally, the 28 year-old thanked Roma supporters for the affection that they showed him in recent months when it became clear that his will was to return to the club.

“I’ve felt so much love from the fans on social media and the last time I was at the stadium, for a Europa League match in February. They made their feelings clear.”

“I hope they can return to the stadium as soon as possible because we really need them.”