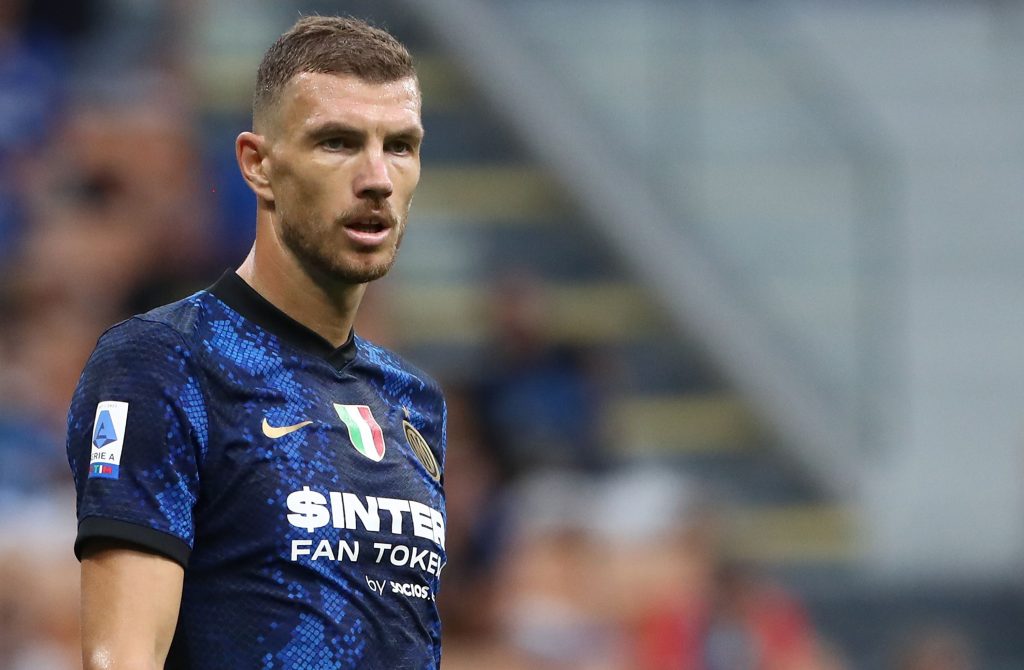 After leaving Roma earlier in the summer and moving to Milano, Edin Dzeko went back to his old scoring ways with Inter colors.

The former Roma attacker gave an interview to Gazzetta dello Sport where he detailed his move away from the Italian capital.

On his move to Juventus that collapsed in the summer window of 2020:

“It was Roma that spoke first and had an agreement with Juve. I didn’t even know about the negotiation, I only entered the scene later. Then everything collapsed because Roma did not find my replacement.”

On losing the captain’s armband to Lorenzo Pellegrini:

“There were many things that happened that I didn’t like, so many people disappointed me. I prefer to think of the six wonderful years I spent there.”

On not winning a trophy at Roma:

“I would have liked to win something, especially in the second year we had a very strong team, but then it is difficult to succeed if you sell the most important players every time.”

“Now I have come to Inter precisely to fill this gap, I want to give my contribution to win. Doing so, however, is never easy: if Inter had kept Conte, Lukaku and the same ones as last year, a new Scudetto victory would not have been granted anyway.”

On whether he would have liked to be coached by Mourinho:

“Truth be told he coached me for a month. And to be honest: I enjoyed it. Mourinho is Mourinho, always. He is in private just like he is in public.”

“With him there is everything: he knows how to joke and get angry. They were very good training sessions and the team was having fun.”

On only scoring 7 goals last season:

“I didn’t show the best version of myself. But there were also many external factors that influenced me.”

Sassuolo’s Maxime Lopez becomes concrete target for Roma
| 19 May, 2022
Feyenoord’s Marcos Senesi: “Roma will have more rhythm in their legs for the final.”
| 19 May, 2022
Gianluca Mancini readies the team for season’s final stretch: “We cannot let fatigue get inside the dressing room.”
| 19 May, 2022