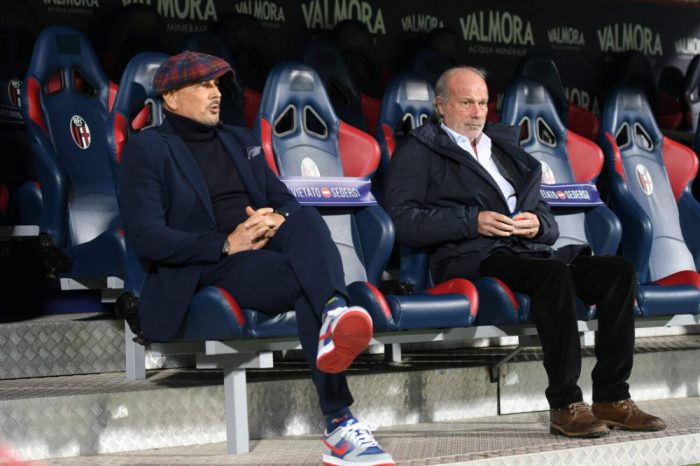 Sabatini, who spent five seasons in the Italian capital with the Giallorossi, joined the Serbian manager for a chat about his playing career before the pair were later joined by former Roma captain Francesco Totti.

After the trio discussed a variety of subjects, Sabatini turned his attention to Totti and addressed the former Giallorossi talisman, who retired in May 2017.

”Until his last breathe, he was a great footballer and I was very lucky to have the opportunity to watch him play,” said the 65 year-old.

“Even though he was in his final years, I still have a huge regret in my life: I told Francesco to retire because I was worried that his ability would decline and that he would end his career by essentially fading away.”

”But then I realised what I had said was bullshit because he was still enjoying himself. The feeling that I made a mistake with him has only grown. He was enjoying himself until the very last match.”

”So I want to apologise, Francesco. I fu*ked up, as I have many times before in my life.”

Totti, who was smiling and visibly moved, didn’t hesitate to respond.

“Thank you, Director. And don’t worry about it, we all f*ck up. But what a wonderful sentiment, I’ll keep that with me forever.”