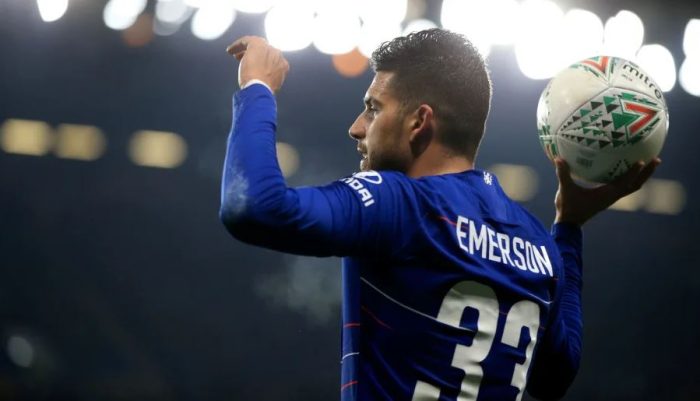 Ex-Roma and current Chelsea left back Emerson Palmieri was interviewed by Il Romanista today. These are his words:

How has the Emerson Palmieri of London changed compared to the one from Rome?
I think I’ve improved on so many things. When I arrived in Rome, I had already grown a lot compared to my arrival in Palermo. The Premier League is different: mainly I have improved in playing with more intensity.

What sort of guy is Sarri?
He’s proven to be a good manager. He has a strong character, a good personality. At the same time, while remaining humble, he constantly thinks about how to achieve our goals.

Is there the same level of impatience for results in London as there is Rome?
No, it’s a little more difficult in Rome. That’s how the supporters are in Italy, they’re very passionate. We have some pressure here, but it’s different. It is something that changes from place to place, I think.

Both the managers you have had at Chelsea, Conte and Sarri, are constantly linked to Roma for next season. How would you feel if Conte return to Italy, but at Roma?
I look at this situation as a good thing. Conte has already shown himself to be a great manager. I only worked with him for six months, but I saw that he is great — and his career confirms this. Guiding Roma would also be a good thing for him. Roma is special to me, I hope this happens, I’ll be happy if it does.

How much do you owe in your life to Walter Sabatini?
A lot, alot. Without him…I mean, how does a player who was on the bench at Palermo make it to Roma? He trusted me a lot and I owe it to him that I’m at Chelsea.