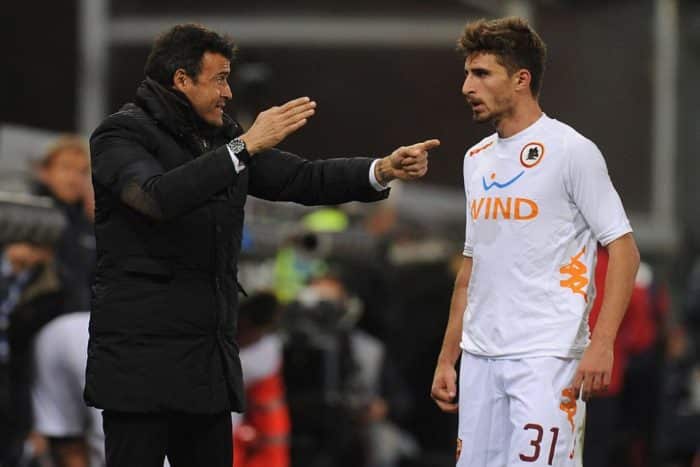 On him being named Mourinho’s ‘nightmare:’

“Let’s say so. Maybe that’s why he never bought me! Seriously, with Sunderland I scored 3 goals against him. Two when he was at Chelsea and one at United. We exchanged a few words in the tunnel, of course.”

“When you score against his teams it’s always a great pleasure.”

On his decision to join Roma when he was 20 years old:

“Nine goals in the first year in Serie A, not bad. At that age, anything can happen to you, but always stay focused on the team objective.”

On what Luis Enrique taught him:

“He taught me how to be a great man. He is an excellent coach, but before that he is a very good person.”

“He tried to impose his ideas everywhere, no matter if Juventus or another minor team were in front of us. When he told us that he would leave Roma he started to cry.”

On Kjaer than vs Kjaer now:

“He’s changed so much. Something clicked inside of him. You see it from the way he moves, from how he plays, from his body language. Before, he seemed a little more fragile, but let’s not forget that he was only 22 years old at the time.”