Ex-Roma Sporting Director Gianluca Petrachi: “I would have come back to Roma with the new owners.” 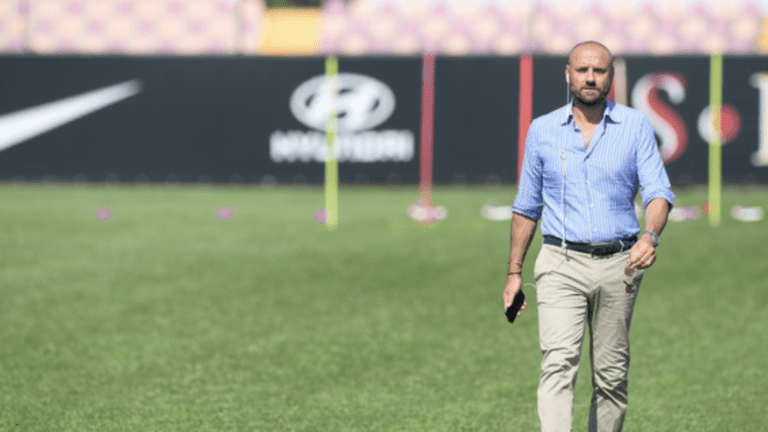 Former Roma Sporting Director Gianluca Petrachi was interviewed today by Corriere dello Sport and discussed his tenure at the Giallorossi, which lasted less than one year after he was sacked in June for what the club called “a series of managerial misconduct.”

Petrachi, who is currently embroiled in a court battle with Roma over compensation, discussed his brief time in the Italian capital after he joined the club from Torino in June of 2019.

“My departure from Roma all comes down to a lack of communication between myself and Pallotta,” Petrachi began.

“I only saw him twice in-person. We never spoke on the phone because I don’t speak English, I’m too lazy!”

“When I arrived, my mandate was to rejuvenate the squad, lower the costs of the team, and create the conditions to earn capital gains on certain players. I did several low-cost operations — when I was at Torino, they called me ‘Mr. Free Transfer.’ Another priority was to create a healthy environment: the last Scudetto at Roma was twenty years ago and evidently there were problems.”

“Roma’s current defence of Mancini-Smalling-Ibañez? I created it, yes. However, I was massacred by the club when I purchased Ibañez. Everyone was pissed off, starting with Pallotta. It was a deal that totaled €9 million plus €1 million in bonuses, which is payable over two years.”

“Fonseca? I don’t regret bringing him to the club. The only thing that disappointed me a bit was that he didn’t say a word about me after I left.”

“When it comes people like myself, you either like me or hate me. I could have been a bit less harsh in the way I went about trying to implement some of the things I wanted to do. I tried to remove a huge gorge from within the walls of Trigoria but it ultimately started a huge war, which began with certain journalists.”

He continued, “Pallotta gave an interview to the club’s website and he praised and thanked everybody except for me. It was a provocation. From that point, I wanted a man-to-man clarification from him. My behavior was a mix of a protest and a cry for help.”

“I was told that if the club changed owners then I would be welcomed back, however, this didn’t happen. I would have returned, but it didn’t happen,” he concluded.