Exclusive, Tacopina responds to Pallotta: “Maybe he would’ve been more successful if he paid as much attention to Roma as he does now.” 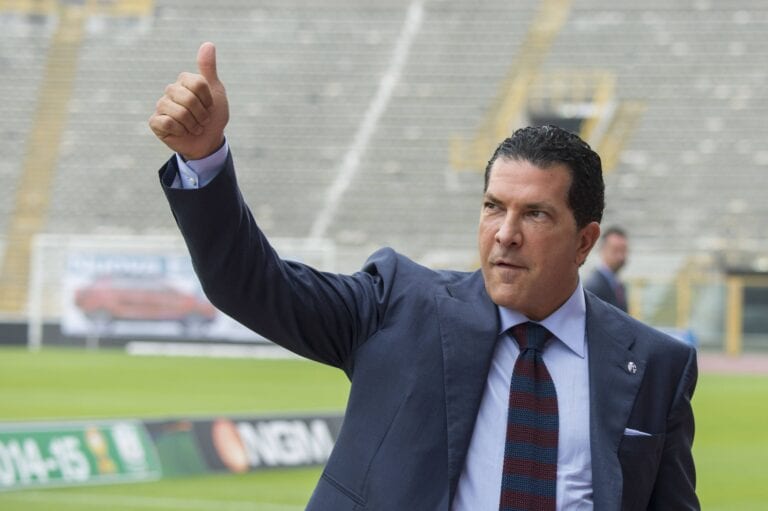 RomaPress – Former Roma Vice President Joe Tacopina hit back today at Jim Pallotta, the ex-owner of the Giallorossi, after the Bostonian criticised him on social media last week.

Pallotta has become very outspoken on Twitter since his departure from the club in August, when he sold Roma to Dan Friedkin of The Friedkin Group. Since then, he hasn’t shied away from discussing several controversial topics and engaging with supporters.

Last week, though, he took exception to a comment made by Tacopina, who spent four years at the club before departing in 2014.

“It’s tough to say that Jim did a good job because he didn’t win anything during his time there,” he said to Al Circo Massimo. “If you don’t win a trophy, it’s difficult to say that you did well.”

Pallotta didn’t take kindly to the statements from the 54 year-old and responded not long thereafter.

“I think he spent most of his days going through the equipment cupboards at Trigoria looking for free gear to take home to America.”

Tacopina, who will officially acquire Catania in the coming weeks, was asked about the tweet yesterday during a double-appearance on the RomaPress Podcast and The Italian Football Podcast.

“It’s funny, Jim is a sensitive guy. I simply pointed out that the Pallotta era was not successful because Roma didn’t win a thing,” he said.

“He didn’t even win an exhibition cup and by AS Roma’s standards, that’s not good. It’s as simple as that, it’s just a fact, but Jim takes everything personally.”

He continued, “He got very defensive and said I didn’t have any operational role. What’s funny is that I have tons of emails from Jim Pallotta asking me to do plenty of things at Roma, including doing Francesco Totti’s contract renewal.”

“But let Jim have fun behind his keyboard. If he would’ve paid as much attention to AS Roma in the last ten years as he does now, he may been more successful.”

“I was making operational decisions before Jim even stepped foot in Trigoria. For the first six months, I was there with the previous President, Tom DiBenedetto.”

Tacopina’s full interview on the RomaPress Podcast will be released early next week.