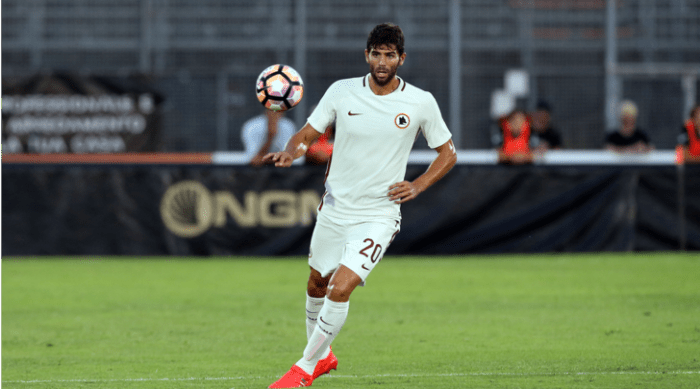 What did Argentine football do for you in order to become a man?
The personality of an Argentine by birth: you can see this on the pitch, I like to fight.

You played in Spain and England. After these first five months in Italy, what are the differences?
In my opinion, it resembles Spanish football, English football is less tactical, there are more one on one’s. Here in Italy, it seems similar to Spanish football and these are two types of football I like. It’S grown in all aspects from a personnel level to a cultural one. There are so many different managers here with different mentalities. It’s growing a lot, I dreamed ever since I was a boy of playing in Italy. Lately, we have been doing well in defense, but this depends not only on the individuals, but because the team is more united.

Rüdiger?
After the injury, he is playing well, he’s a good player, he transmits energy, we needed him.

Manolas?
He has an incredible personality, he plays match game the same way.

Vermaelen?
Because of injury, he could not play as much as he wanted, but he has experience.

Szczesny?
Another with a big personality, he is very good for the team, and has quality.

The match against Juventus?
We played very well, it was because of the little things that we didn’t get any result. Nothing changes, though, we have to continue like this, the season is long, we are doing well. There are still a lot of matches to be played, it depends only on us. We are not weaker than anyone.

Szczesny has talked about difference in mentality, do you have to work on this?
No, I think that in the last 10-15 matches we have learned so much in this sense, it can be seen in the big matches that we won recently it was thanks to our personality. We have to continue like this and go a step further, it depends only on us.

Villarreal?
A strong team who is doing well in the league and in the last 5-6 years has always done well in Europe. We have to respect them, but also do our job. We are Roma, if we want this trophy we have to win every match.