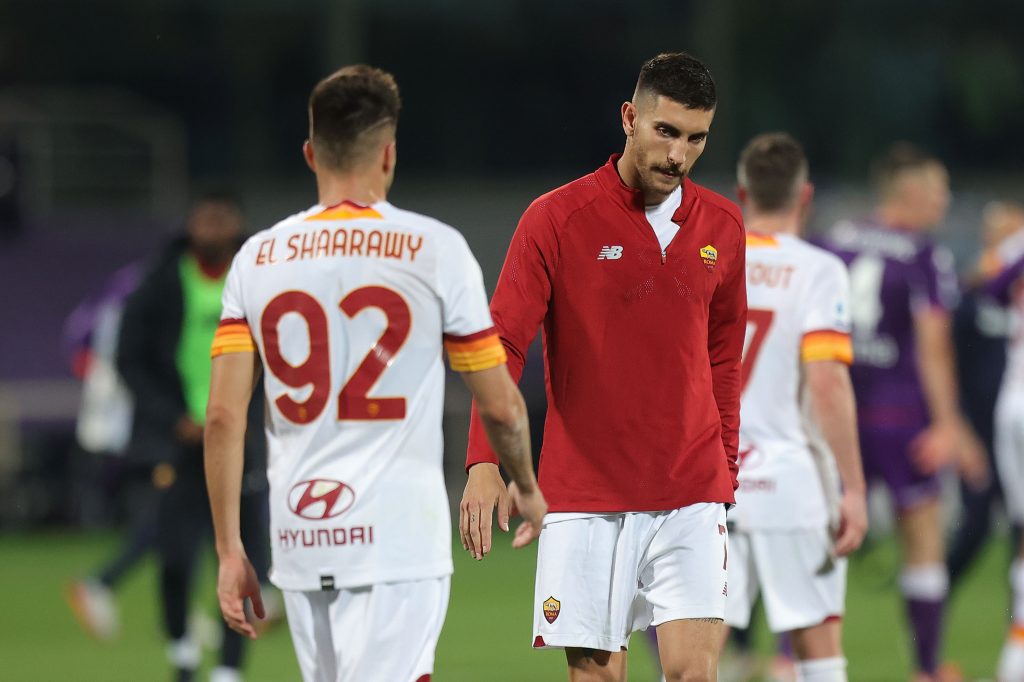 Roma suffered their eleventh league defeat of the season this evening, falling 2-0 to Fiorentina at the Stadio Artemio Franchi.

The defeat drops the Giallorossi down to sixth place in Serie A and level on points with both La Viola and Atalanta.

Fresh off their qualification to the UEFA Conference League, Roma boss Jose Mourinho surprised many by fielding many of the same players who part in Thursday’s win over Leicester City.

However, the Giallorossi were beleaguered by fatigue and refereeing errors from Marco Guida and VAR designator Luca Banti, who incorrectly awarded Fiorentina a penalty just three minutes into the match.

The decision baffled nearly everybody, including former referee and DAZN presenter Luca Marelli.

“There’s minimal contact and Guida correctly grants the advantage, but VAR intervening in this instance seems strange,” he said.

Midfielder Jack Bonaventura doubled their advantage just minutes later thanks to some nightmare defending on the part of Roger Ibanez.

Despite being an evening to forget for the most part, there was one positive on the night for Roma.

Defender Leonardo Spinazzola made his long awaited return from the Achilles injury suffered in early July during the Euros.

The Giallorossi return to action on Saturday evening when they host Venezia at the Stadio Olimpico.