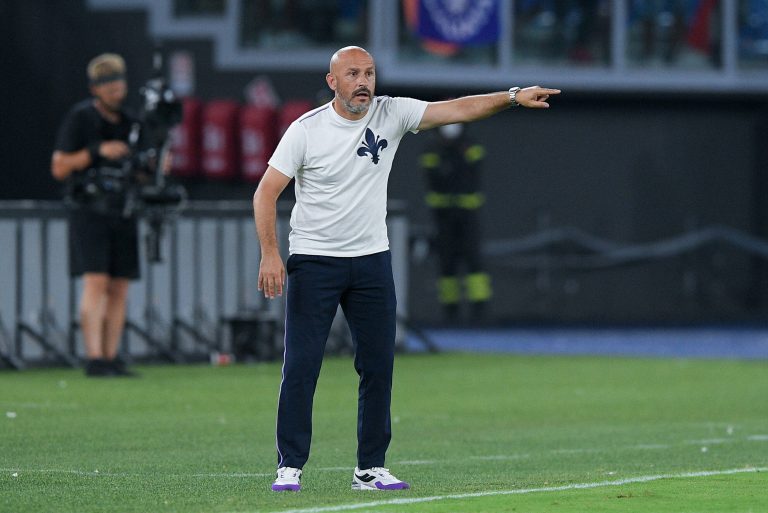 Fiorentina boss Vincenzo Italiano tried to keep things positive after his side fell 3-1 to Roma this evening in the Italian capital.

Despite being down a man, his side managed to level the score 1-1 in the 60th minute. However, things only remained even for a few minutes after Roma’s Jordan Veretout, a former Fiorentina player, scored the first of his two goals.

Speaking at full time, Italiano praised the Giallorossi for their quality but rued that his side failed to make the most of their goalscoring chances.

“I was satisfied with our performance right up until Roma scored their second goal,” he said to DAZN.

“We were in the game and held our own, it’s a shame to have lost a match when we played with this mentality. I told the boys that they should keep their heads high.”

“But we need to be more concrete in front of goal, we had opportunities to score but failed to take advantage.”

When asked about Roma, Italiano backed them to have a very successful campaign under their new manager José Mourinho.

“José and I spoke a bit before the match, you can see that he’s got the team in his hands: they’re following him through and through.”

“He’s one of the most successful managers in history. When you add that to the quality of the players that he has, I believe Roma are going to have a great season.”

He concluded, “Mourinho is very sincere, I thanked him for the compliments that he paid to me this week. It’s nice to hear this from such an important manager.”