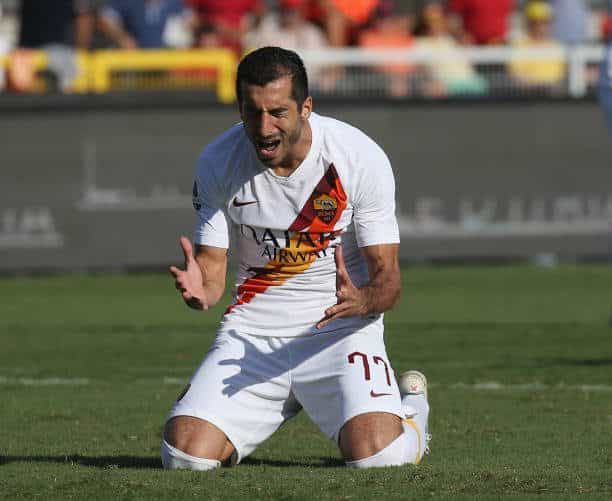 Less than 24 hours after revealing they’d be without Lorenzo Pellegrini for nearly two months, Roma announced that Henrikh Mkhitaryan will also miss time.

The Giallorossi announced the following, “On Tuesday morning, Henrikh Mkhitaryan underwent tests at Villa Stuart private hospital – after complaining of pain following Sunday’s game against Lecce. The exams revealed evidence of a strain to the player’s adductor muscle in his right thigh. The recovery time is estimated at three weeks”.

Mkhitaryan is another of the many names who have been injured this season and joins the likes of Lorenzo Pellegrini, Cengiz Ünder, Diego Perotti and Davide Zappacosta on the sidelines. And despite changing training staff, updating the surface of the training pitches at Trigoria — the Giallorossi continue to sustain a curious amount of injuries.

Fiorentina president Rocco Commisso: “Roma spent €140 million just to finish one point ahead of us.”
| 24 May, 2022
Henrikh Mkhitaryan returns to group training ahead of Conference League final
| 24 May, 2022
Lyon coach Peter Bosz blasts Mourinho: “He’s a narcissist, always acting and creating conflict.”
| 24 May, 2022