Florenzi on PSG switch: “The most important move of my career”. 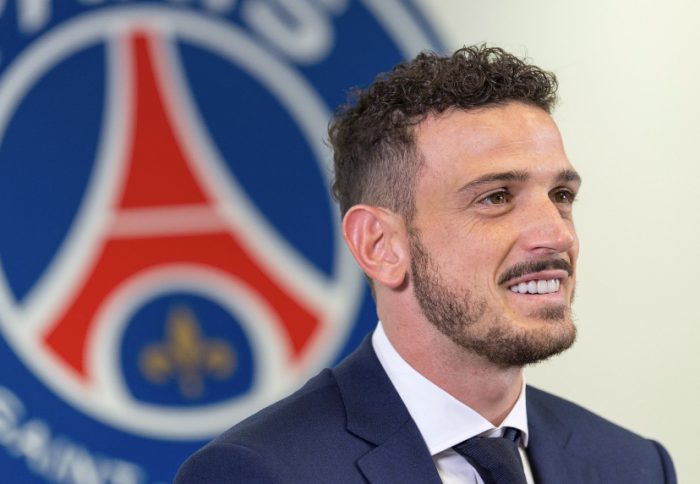 Alessandro Florenzi gave his first full-length interview since completing his move from Roma to PSG yesterday. Here’s what the Italian had to say to the French club’s official website:

How does it feel to have signed for PSG?
I am very emotional, I am here with a huge desire to achieve great things, I will try to help the team to do as well as possible. It’s the most important move of my career. I want to give my all here and to help the team achieve its objectives. Everything moved very quickly and everything has been full of emotions. I am very happy to be here.

What are your objectives for the team and on a personal level?
The collective objectives will be to help the team to win as often as possible, match after match. And my personal objectives, are to show the coach on a daily basis that I can earn a place for myself in the team.

Why have you chosen the number 24?
It’s a reference to a special day for my wife and I. During my first season with Roma, it had already been taken, so I had to wait. As soon as I could, I took it and I kept it as my number. These last six months in Valencia, it was taken again, so I couldn’t have it. So when I had the chance to sign for Paris, it was one of the things I looked at, to see if it was free. But I still would have signed either way (laughs).

What image do you have of PSG?
It’s really very clear for everyone that Paris is one of the three or four biggest teams in the world. Last season, the team stepped up another level again, and the club continues to grow and make its place in the world.

This year, you have to admit, everyone could see that they lost the Champions League by the smallest of margins. They did everything very well, but it came down to that little something. But next season, we will try to do even better.

What do you make of the team and players?
It’s stimulating. I want to learn from the best, but also bring my own experience and story to Paris Saint-Germain. And of course, try to help those that need it. I know a few players. I already played with Marquinhos and Paredes with Roma, and with Verratti for Italy. And I have already played against Mauro Icardi, who scored against me. Before signing, I spoke with them and I also spoke with Javi (Javier Pastore) on the phone. We will have the time to talk in the next couple of days.