Fonseca ahead of Ajax: “I expect a balanced tie, but we can’t afford to make mistakes at the back.” 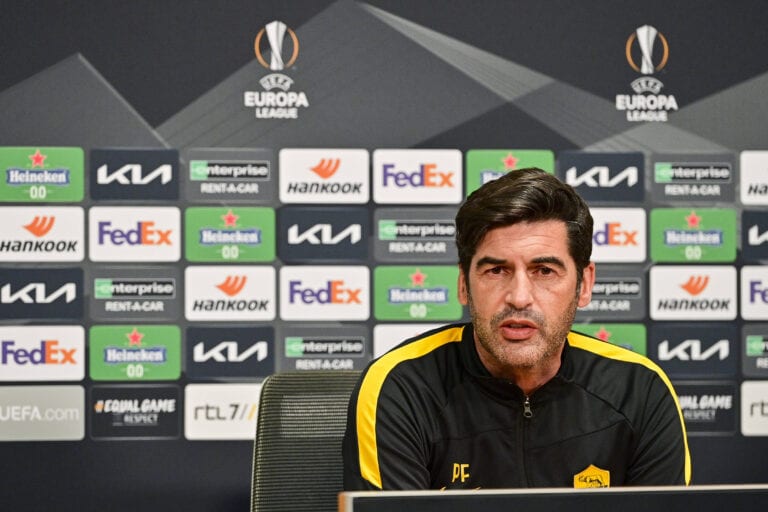 Roma manager Paulo Fonseca was adamant that his team will have to play perfectly to get a result tomorrow against Ajax.

The Italian capital club will face the Dutch giants in Amsterdam tomorrow evening for the first of their two-legged Europa League affair. The competition remains Roma’s final hope at Champions League qualification following their two-month long capitulation in Serie A.

“I feel that the team is both confident and motivated,” began Fonseca.

“We’ll have to play perfectly in every aspect. Ajax are very strong. We need to have more focus from a defensive point of view, we can’t afford to make any mistakes tomorrow. They’re very strong in attack.”

“However, we’ll make it difficult for them, as well. Let’s not forget, though, that this is only the first of two legs. I expect both games to be quite balanced.”

As for his team, Fonseca revealed that midfielder Jordan Veretout will return to the starting lineup after his recovery from injury. In addition, striker Edin Dzeko will start over Borja Mayoral to lead the Giallorossi attack.

The Bosnian has experienced a rollercoaster campaign and nearly left the club in January after a row with the manager. Despite their rocky relationship and a lack of goals, Fonseca held firm in his confidence in the 35 year-old.

When pressed on his decision to strip the former Manchester City man of the captain’s armband, he has no regrets.

“It’s easy to discuss decisions that have been made right after a game. But when it comes to matters regarding the group and the team, I would do the same things again,” he concluded.