Fonseca ahead of Cagliari: “We’re not looking ahead to Thursday.” 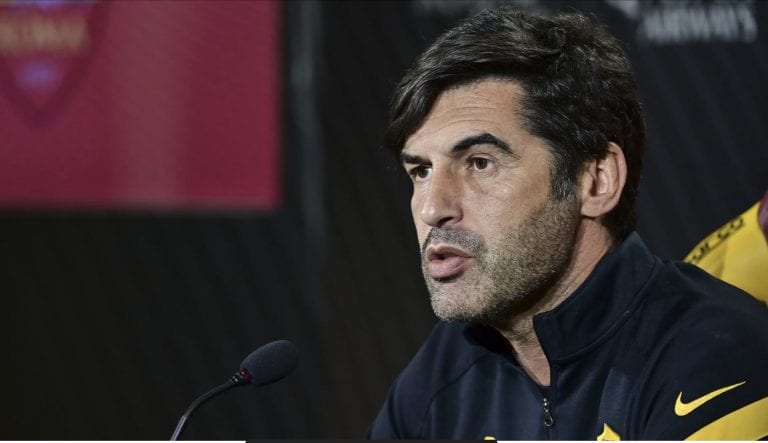 Ahead of their league match against Cagliari, the Portuguese technician commented that his side’s injury issues, which he claims have been exacerbated by playing every three days.

“I have to admit that it is hard to manage things with so many games in such quick succession – especially when not all the players are available,” admitted Fonseca.

“It would be easier if we had everyone available. Playing every three days at the start of the campaign is one thing, but playing every three days now – when there is often more resting on each game and we’ve already played a lot of them – is another thing entirely. But I don’t think that’s just an issue we are facing.”

“You can see that in the other Europa League semi-finalists. Villarreal have lost two of their last three games. And Arsenal are down the table in the Premier League.”

“But I don’t want to find excuses, but in certain crucial moments of the season we were without key players. If we had been able to call upon them, we could have perhaps done more.”

There was good news for Roma, though, as they welcomed back Leonardo Spinazzola, Chris Smalling, Marash Kumbulla, and Stephan El Shaarawy from injury.

“They are doing well, they have all trained with the rest of the group over the last couple of days. All of them will be in the squad. Let’s see if one of them starts, but it’s something that we will have to look at very carefully. But I am pleased to have them with us tomorrow.”

“Yes, we have an identity and an approach. I think these things are always quite hard to define. Every team is dealing with a different situation.”

Before concluding, Fonseca dismissed the idea that his team is looking beyond tomorrow to Thursday’s crucial Europa League semi-final versus Manchester United.

“I’ll make a few changes for tomorrow ahead of Thursday. Cagliari are in good form. Against Atalanta we showed we want to keep fighting until the very end – that game is an example of how we want to keep playing in the league. So tomorrow we will be playing to win.”

He added, “It will be a key game for them, but we need to be fired up for the game as well. We need to keep our focus on Serie A.”