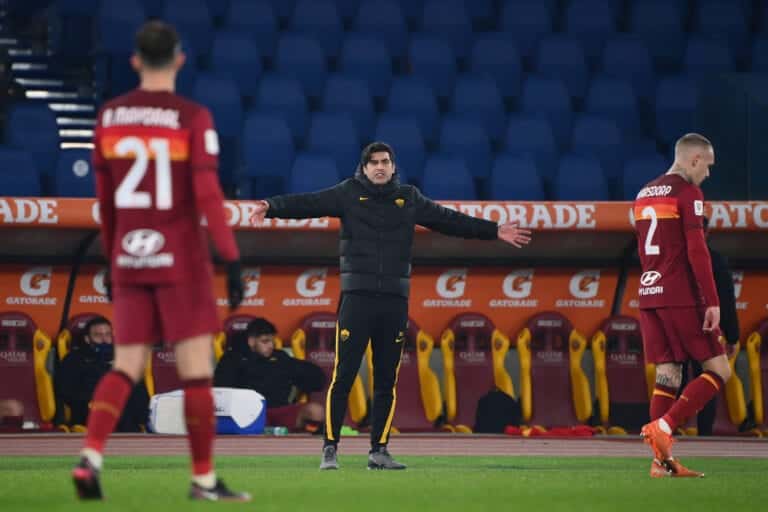 RomaPress – After nearly 15 hours of reflection, Roma’s owners, Dan and Ryan Friedkin, along with General Director, Tiago Pinto, have decided to continue with manager Paulo Fonseca despite yesterday’s disaster against Spezia.

The decision comes after the Giallorossi’s hierarchy met late yesterday and this morning to determine the fate of the Portuguese tactician after a second consecutive embarrassing result for the club within the last three days.

The Friedkin’s, for now, have opted to move forward with Fonseca, a decision that was cosigned by Pinto, and give him the opportunity to oversee this weekend’s league fixture against Spezia.

Should Fonseca fail to win their next two league matches against the Ligurian side and Hellas Verona, the Friedkin’s are ready to sack the 47 year-old, who only has six months remaining on his contract.

Should the American father-son duo ultimately send the former Shakhatar Donetsk coach away, former Juventus manager Max Allegri will be the name most heavily linked with the role.

The Italian has been the number one choice of Giallorossi CEO, Guido Fienga, since the summer. When The Friedkin Group officially acquired Roma in mid-August, Fienga pushed for the club to acquire the 53 year-old, who has been out of work since 2019.

The Friedkin’s, though, wanted to give Fonseca a chance this season. Furthermore, there hasn’t been any recent contact between Roma and Allegri and the likelihood of his arrival during the season isn’t high. 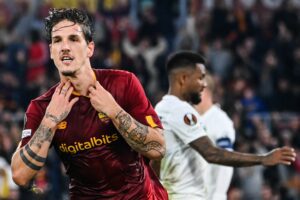