Fonseca cautious ahead of Parma game: “They’re in a tough situation, they’ll view every remaining match like a final.” 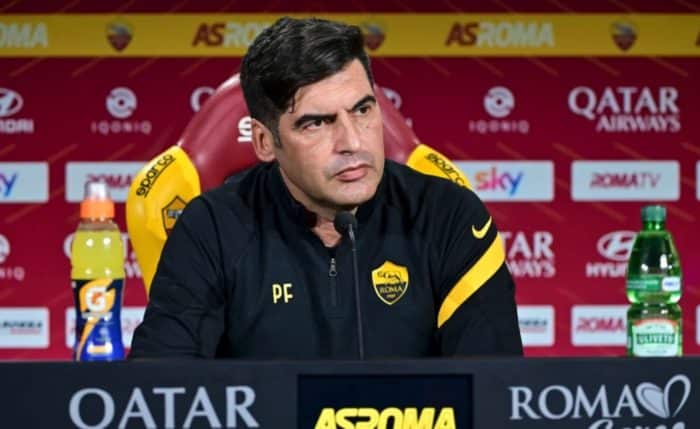 Roma are back in action tomorrow following their 3-0 Europa League triumph over Shakhtar Donetsk on Thursday.

The Giallorossi travel to Emilia to face relegation-threatened Parma at the Stadio Ennio Tardini.

Manager Paulo Fonseca dismissed the notion that tomorrow should be a walk in the park for his team against the Gialloblu.

“We’ve been playing so many games lately and we have some guys that are fatigued,” began the Portuguese technician.

“I don’t want to rotate the entire team, but I have to make at least 3-5 changes from Thursday and give a rest to those who have played a lot.”

“I saw Parma’s match against Fiorentina, they played a good game and grabbed an important result. We’re facing a team that is in a tough situation, but they’ll be viewing every single remaining match as a final. This is a team that is destructive on the counterattack, I have no doubts that it will be tough.”

On the injury front, Fonseca revealed that defender Chris Smalling is still dealing with a minor muscle tweak and will not feature tomorrow. Meanwhile, attacker Henrikh Mkhitaryan remains out after he strained his calf against Shakhtar on Thursday.

“It’s better not to risk Smalling for tomorrow. He’s been dealing with a minor annoyance recently. However, it’s not worth risking him tomorrow, if he aggravates the injury further he could miss 4-5 matches.”

He added, “We’ll see if El Shaarawy plays from the start. He scored an important goal on Thursday and I thought he had a much improved performance. He’s a very different player compared to the other attackers, which is why we brought him to Roma.”

“But let’s not put too much pressure on him, Stephan needs peace of mind. He only just arrived here, let’s allow him to keep working.”