Fonseca: “Çetin and Kalinić will stay. Florenzi? A great professional but he wanted to play more”. 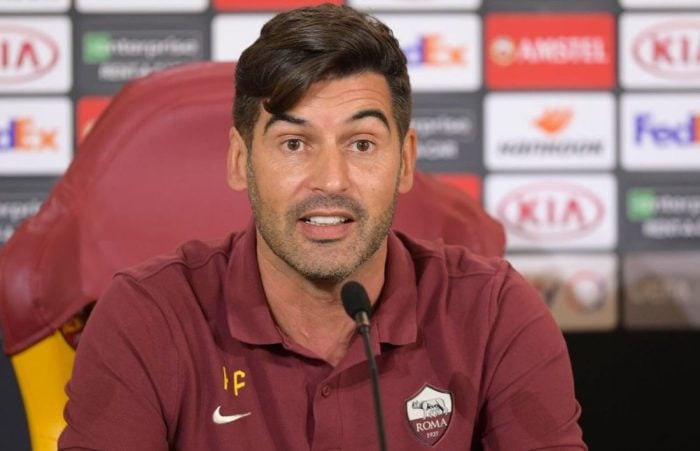 Roma boss Paulo Fonseca spoke today at a press conference ahead of tomorrow’s clash against Sassuolo. Here’s what he had to say ahead of the league match:

What do you think of the January transfer market?
We acquired three young players thinking about the future of Roma — Ibanez, Villar and Perez, while Florenzi went to Valencia on loan. I have always said that I don’t like the January market and it is not easy to find players.  You’re either looking for veteran players who can make an immediate impact or younger players.

I have to talk about Florenzi: we talked frankly and calmly, he is a great professional, he always had a captain-like attitude. The player wanted to play more, but I can’t make this promise to anyone. He had the chance to go play at Valencia and he wen willingly.

The Derby, once again, showed Roma’s lack of ruthlessness in attack.
This team creates so many scoring chances. If I’m honest, this final step is something you acquire with more experience — Ünder and Kluivert are young and, with time, this will improve. I must reiterate that this team creates many chances and we have opportunities to score goals. We’re working on this issue and the only way it will improve is with work.

You said it was Florenzi’s decision to leave: did the club want a permanent deal? Have you considered he could be an important player for next season?
There is the European championship at the end of the season, Valencia was a good opportunity for Florenzi. He is now on loan there for four months, then we’ll see how he performs at the Euros, too. I’m not going to discuss next season — we haven’t even thought about it.

Are any of the new purchases ready for tomorrow?
The three new arrivals will be called up, they haven’t trained much with the team but we may need one of them to play.

Will Kalinić stay?
Yes, he will stay. It is not easy to find a quality striker right now. Kalinić has six months of work with us behind him. If we change strikers now, they must be ready to play immediately and finding a player like this isn’t easy.

Did you talk to Pau Lopez after the Derby error?
I haven’t talked to Pau, I don’t need to talk to him or make him feel my trust. He knows I have faith in him.

Çetin ? Do you feel confident with the full-backs available after Florenzi’s departure?
Çetin is going to stay. I feel safe with the fullbacks we have. Santon is doing well and in a good moment, Peres is improving and is strong in attack. Çetin isn’t a fullback but he can play there if needed, as he’s done already. Spinazzola doesn’t like playing on the right but he’s another option.

Roma's Nicola Zalewski called up by Poland for Nations League
| 17 May, 2022
UEFA President Aleksander Čeferin: “I received a message from Mourinho after Roma reached Conference League final. He was very emotional.”
| 17 May, 2022
La Repubblica: Roma favourites to land Paulo Dybala in free agency
| 17 May, 2022