Fonseca comments ahead of Ajax: “It’s the most important match of our season, we need total concentration.” 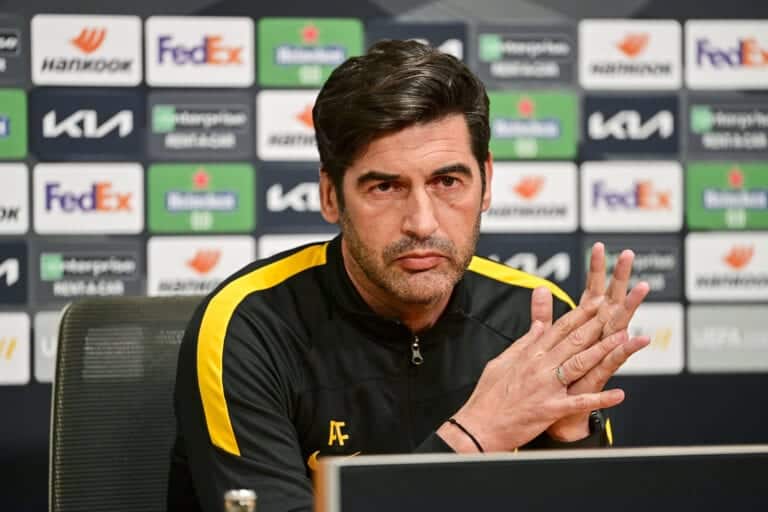 Roma manager Paulo Fonseca didn’t hold back today when discussing his team’s showdown tomorrow in the Italian capital against Ajax.

The Giallorossi play host to the Dutch giants tomorrow evening for the second leg of their Europa League tie. The Italians currently lead 2-1 on aggregate but Fonseca was adamant that his team must put last week’s result behind them.

“We can’t think about what happened in Amsterdam,” began the Portuguese technician during his pre-match press conference.

“We all know that this is our most important game of the season. Ajax are a very strong team. We’ll have to fight until the very end with the same attitude that we’ve displayed in recent games. I know that the lads understand the importance of this moment.”

“Even though we lead, this tie isn’t over. I’m well aware of the quality of Ajax, they’re going to come here to win. It’s important to realise that nothing has been concluded. We’ll have to play perfectly.”

When discussing his team, Fonseca revealed that youngster Riccardo Calafiori will start in place of the injured Leonardo Spinazzola.

“Calafiori will play tomorrow. He did very well in the first leg when he came on. Smalling, though, won’t be available for tomorrow. He’s getting closer to returning but he’s still limited to individual work.”

“We’re going to need everyone to be totally concentrated tomorrow, these sorts of matches come down to details. We’ve done our analysis but the most important thing is that the lads are all focused tomorrow, especially from a defensive point of view.”

He concluded, “From a physical and mental point of view, the team is in a good place. They’re motivated for tomorrow and we’ve prepared well for this game.”

“We’re facing a very difficult team, but we’ve prepared for this moment.”