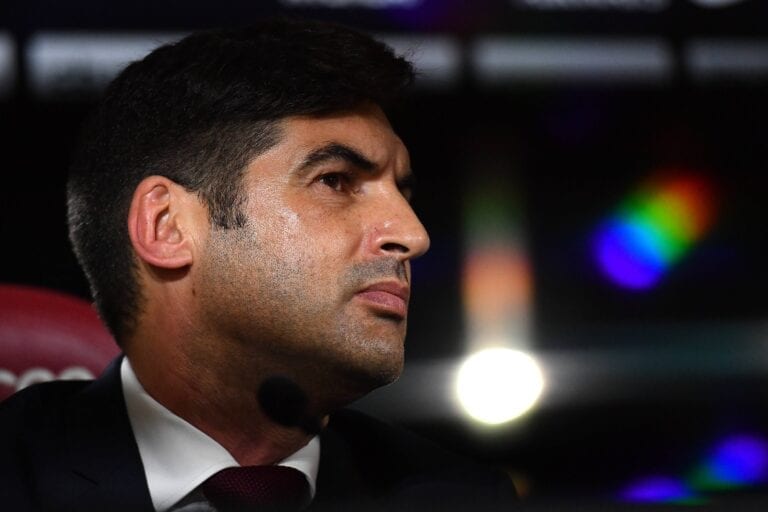 The Giallorossi host Davide Ballardini’s men tomorrow at 12.30 CET and will be forced to deal with a number of key absences. Roma will be without Edin Dzeko, Jordan Veretout, and Roger Ibañez, who all miss out due to injury.

When asked about his team’s injury crisis this term, Fonseca discussed what he thinks is behind it all.

“There’s too many matches being played,” he said during his press conference. “The obvious solution is too play less games, many managers expressed this concern when we had a meeting with UEFA.“

“In my opinion, it’s a major problem. We need fewer competitions, including for the national teams. From a physical point of view, it’s not human towards the players.”

Fonseca then shifted to Genoa and conceded that this is a much different team than the one they defeated earlier in the season. The Ligurians are much improved under new manager Davide Ballardini and play a more aggressive brand of football.

“I don’t think Genoa will come here to defend,” Fonseca stated. “They’ll press and try to attack so I don’t think tomorrow will look anything like the game against Benevento.”

“We will have to look for other solutions since we’ll without Veretout. We have Pellegrini, Villar, and even Mkhitaryan can play there. I’ll make the best decision possible but we want to continue to play our football. In defence, Smalling is ready and will play.”

He continued, “Without his (Veretout’s) goals, I think our attack is ready. Pedro will start tomorrow but both he El Shaarawy have been playing well. As for Borja Mayoral, he’s still a young player but he is playing really well. He scored against Braga and has performed well in these last few game even though he didn’t score.”

“He creates space for others. His future? Tiago (Pinto) knows what I think, the club will decide.”

Asked if Leonardo Spinazzola could be given a rest tomorrow, Fonseca seemed to outright reject the possibility.

“At fullback, we only have three names available: Karsdorp, Spinazzola, and Bruno Peres. This role demands a lot of effort. Spinazzola has been playing non-stop but we have limited options. We can’t think about two or three matches into the futures, we always have to worry about the next one.”