Fonseca reassured ahead of Cagliari match: “The team has reacted well following the Atalanta loss.” 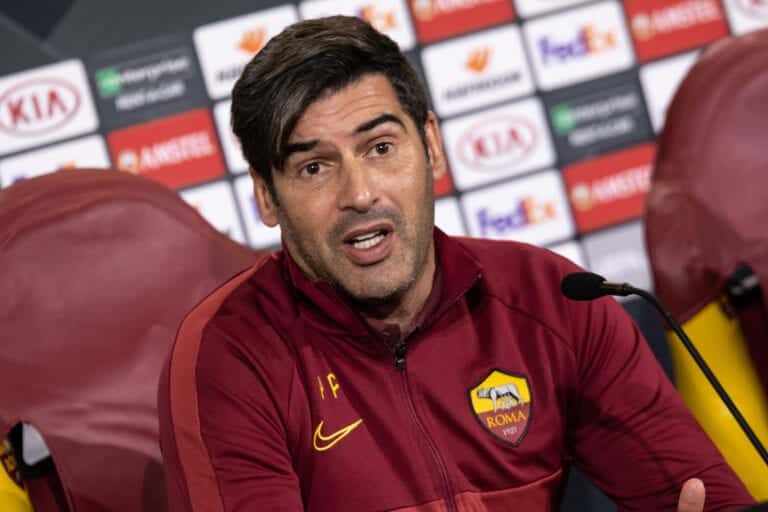 Roma manager Paulo Fonseca seemed reassured that his team understands what they got wrong in their blowout loss on Sunday against Atalanta.

During his press conference ahead of tomorrow’s fixture against Cagliari, the Portuguese tactician explained that his team reacted well in training following the defeat against La Dea. It was Roma’s third loss of the season and another defeat against a top five side, which has become a primary criticism against the former Shakhtar Donetsk boss.

“I’ve seen a good reaction from the team following what I said after the match,” he said. “We did our post-match analysis and realise what we can’t repeat.”

“We can’t make general assessments. We have to dissect each game on its own. It’s not an individual issue, but rather a team issue. It’s useless to discuss individuals when you concede four goals.”

Fonseca then addressed the state of his team, including the goalkeeper situation as both Pau Lopez and Antonio Mirante have been unimpressive so far this season.

“Spinazzola isn’t doing well and won’t play. Pedro, though, is fine — he doesn’t have any physical issues. Meanwhile, Smalling is improving. It’s not a surprise that he isn’t in the best condition. He only just returned from a long injury and is getting better.”

He continued, “The goalkeeping situation? I have to say something, when we make mistakes here it is done as a team and the primary responsibility falls on me. I have complete and total confidence in our goalkeepers.”

The Giallorossi will host the Sardinian side tomorrow evening at the Stadio Olimpcio at 20.45 CET.