Fonseca speaks ahead of Fiorentina clash 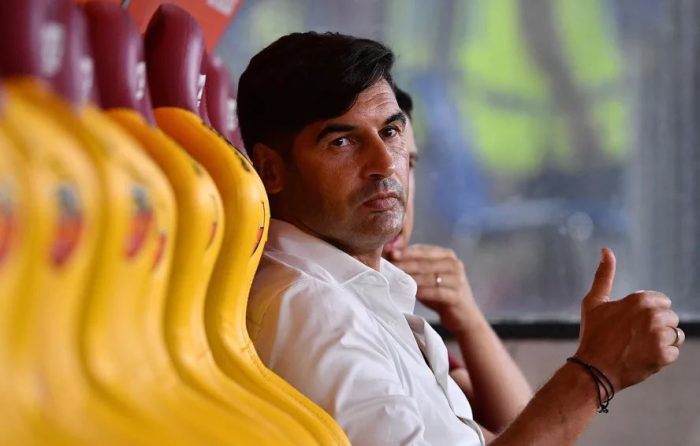 Roma boss Paulo Fonseca spoke to the media today on the eve of his team’s league match against Fiorentina.

The Giallorossi will welcome La Viola to the Italian capital tomorrow — three days after their disappointing display in the Europa League against CSKA Sofia.

”They have a great squad. They have signed a lot of quality players, with a lot of Serie A experience too,” said Fonseca.

”They have a number of different options, they play good football – so it will be a tough game against a great side. They have a side that, in my opinion, is a strong contender to finish in the top six or seven.”

“Smalling? He didn’t play the full game against CSKA Sofia, he came off after an hour, so we’ll see tomorrow if he plays.”

“The three man defence? will decide things on a game-by-game basis. I’ve already decided the three defenders who will play tomorrow. Beyond that, we will see each game.”

The Portuguese coach was then asked about his trio of veteran attackers of Henrikh Mkhitaryan, Pedro and Edin Dzeko — all of whom have been strong so far this season.

“In Italy you don’t look at the age of a player, you just see the quality. That’s a really positive thing. In other countries, when players turn 30 people start to say that they are old. It’s important not to look at the age, but the quality and physical fitness of the player,” admitted Fonseca.

“All of us need to improve. The team is never a finished product. We need to keeping working hard each and every day to improve. We have a lot of areas that we can work on.”