Fonseca speaks ahead of Sassuolo: “Smalling won’t be risked. Mkhitaryan? He could play”. 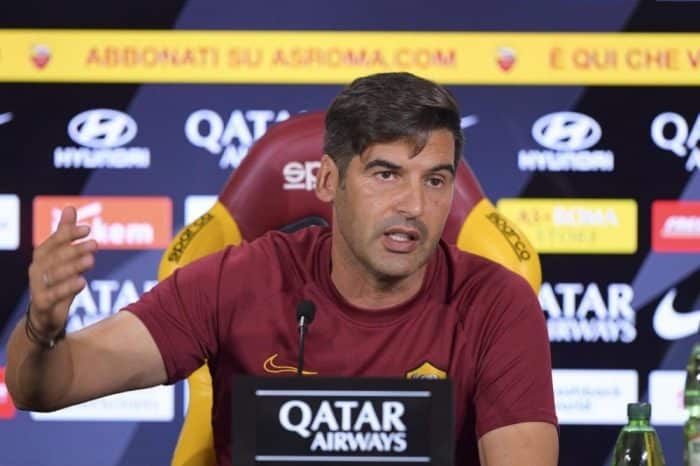 Roma boss Paulo Fonseca held his pre-match press conference today ahead of tomorrow’s clash against Sassuolo. These are his words:

How’s Smalling?
He has suffered a small tweak to his adductor, it’s nothing serious, but we don’t take risks, we want him to be 100%. Since there’s a stretch of matches upcoming, the medical staff and I decided to manage the situation this way.

What do you expect to see different tomorrow versus the previous displays?
I saw the team improve, I am confident ahead of this match. There will be something different, but I’m not going to reveal what our strategy will be for tomorrow.

Smalling is the sixth muscle injury this season. Have you identified the problem? Is it the pitch? The amount of gym work?
I’m not the kind of person who looks for excuses, like the gym or the playing surface of the pitch. These are six unique situations: Ünder got hurt while on national team duty. Pastore did not have a muscle problem, but has a history of several injuries. We have a duty to manage these players. Smalling didn’t have a muscle problem, but a pain in the adductor and we decided not to take risks. Spinazzola’s was an accident, which can happen.

Perotti got hurt during a cool down while Zappacosta instead got hurt during a warm up. These two situations require our attention. We decided to investigate these two episodes in depth — these are different cases that require further study. The team has had a difficult past with injuries and this has been on our minds since the beginning. We are working to avoid these types of injuries. It’s not just about Roma, but all the clubs also in Italy. We are developing rigorous programs to prevent them, even if we can’t do so at 100%. We are trying to manage the group, especially those most at risk, as best as we can.

Could Mkhitaryan play from the start?
I know you don’t like it but I won’t say who will play or who won’t. He is in good physical condition, he is intelligent and could play.

Will we get back to seeing the pressing high up and the attacking mindset?
I don’t know if Sassuolo will play with a four-man defence because, they’ve changed systems many times. We have prepared for the match according to the different systems they’ve used. Against Lazio the team was too passive, I want them to be brave but compact, but at the right time. I did not like the lack of progress against Lazio regarding our pressing. I don’t want to repeat that performance.