Fonseca: “We deserved to win, but we can do more”. 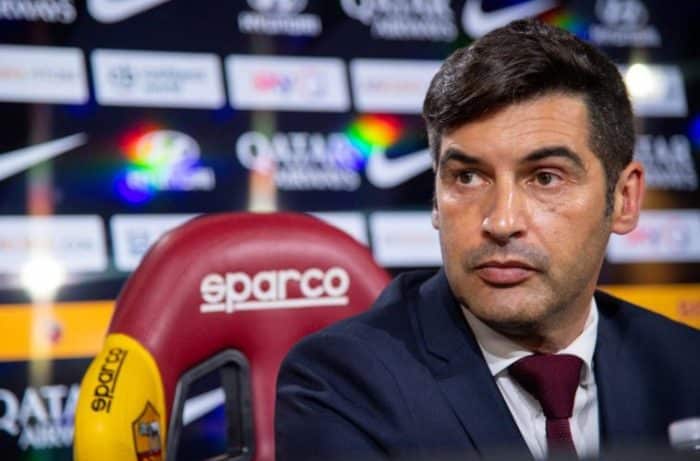 Roma boss Paulo Fonseca spoke to DAZN following the Giallorossi’s 4-0 victory against Udinese. Here’s what he had to say:

Is this the best version of Roma?
We had a good game, we had many chances even with one less player. I think we deserved to win.

The team reacted well after going down to ten.
We all fought together and always tried to play, we scored three goals with ten men but we can do more.

The red card of Fazio?
I don’t want to talk about this situation, it’s clear what I think.

Has character made the difference?
The character of these players is great, they understood that it was necessary to defend but also to attack with danger. When you’re playing with ten men, the tendency is to defend, but we are us. We wanted to score more goals.

How much did you have to work on the mental side for Pastore?
It is above all a physical matter, he is doing well right now playing In the last few games. Today he had a great game, he has quality and is recovering his confidence.

In the future, will Mancini return to the midfield when the others come back?
For me, he has been a real surprise, I have to consider that in the next game I won’t have Fazio so I’ll have to decide whether to play him in defence or midfield.

When will we see Florenzi as a starter?
He’s fine, it’s a decision. He works very well, he is our captain. The team is playing well, but I think Florenzi will play.

What is his role?
He can play many positions, we have almost always used him on the right, but he can also play on the left.