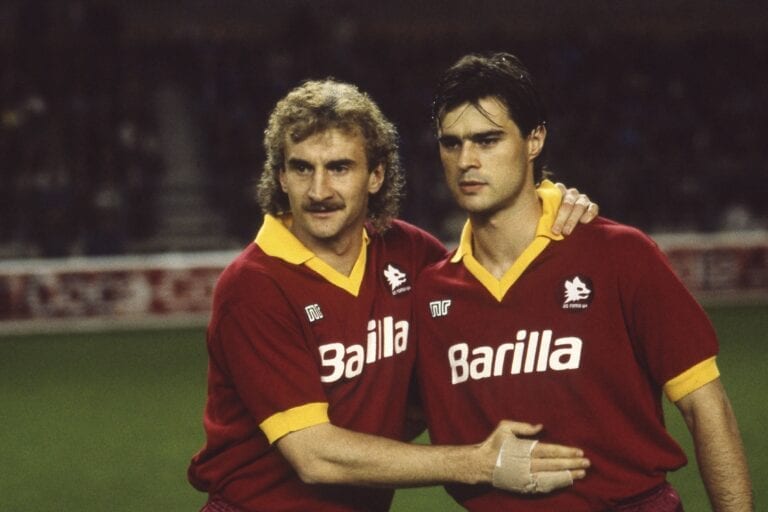 Former Roma defender and Germany World Cup winner Thomas Berthold has looked back over his time with the Giallorossi and has hailed Rudi Völler as one of the best players he ever played with during his glittering career.

Berthold was one of Europe’s best defenders in the late 1980s and early 90s, playing in three World Cups and winning over 60 caps for his country.

Berthold has spoken about how much he enjoyed his time with Roma, singling out the brilliance of Völler who enjoyed five goal-laden seasons at the Stadio Olimpico.

“He was the complete striker, just like my former teammate at Verona, Preben Elkjaer Larsen,” Berthold told The Italian Football Podcast in an interview that will be broadcast in full on Thursday.

“In 2020, Germany have no strikers anymore, it is our big problem, but he is one of the best strikers ever in German football history.”

“He was also a fantastic person. He was my roommate for 10 years for Germany and for Roma. We had a fantastic time together at Roma.”

“We won the Coppa Italia, I scored in the final. But unfortunately, we just lost the final of the UEFA Cup to Inter, 2-1 on aggregate, just missing out on a goal in the second leg in Rome that would have taken the match to extra time.”

“The biggest mistake of my career was leaving Roma in 1991. I had an offer to renew my contract from the president Dino Viola. But unfortunately, he then died and his family, his children, didn’t know what they wanted to do, whether to sell the club or keep the club. And so with the uncertainty I decided to leave and join Bayern Munich, but it was my biggest mistake.”