Former Under-17 coach discusses the discovery of Volpato 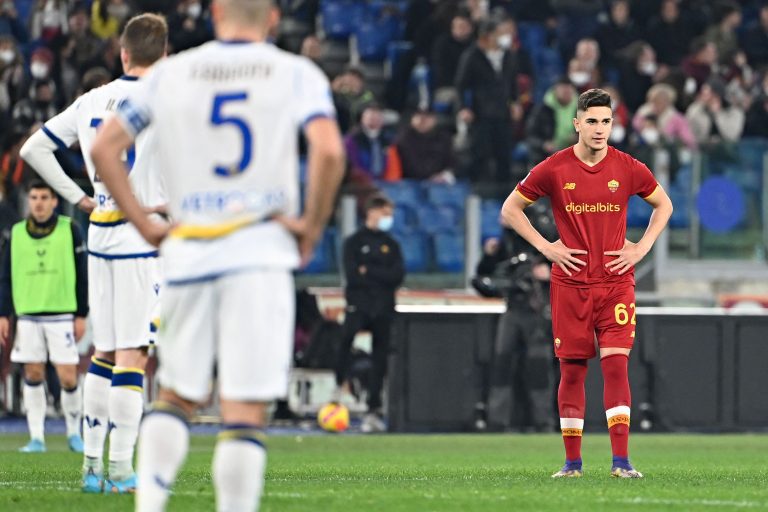 Former Under-17 coach Fabrizio Piccareta was recently interviewed by Corriere dello Sport and asked to discuss the discovery of Roma primavera player Cristian Volpato, who along with Edoardo Bove, helped rescue a point in Roma’s last game vs Verona.

“I was lucky to discover Volpato. It was all thanks to an Australian contact of mine, Tony Basha. I learned from him of a very skilled teenager. Except that he didn’t have a league in which to prove it, in practice he was playing on his own in an academy.”

“I had a video sent to me but it was not enough: I asked to meet him personally before reporting him to Morgan De Sanctis.”

“We organized a friendly match with the help of Trastevere who hosted him in the youth team: he scored 3 goals in a quarter of an hour. Roma at that point were good at catching him.”

On Volpato’s ideal position and role on the pitch:

“For me he is an attacking midfielder, not a striker. He likes to play the ball forward, aiming for the goal, he’s not the type to wait for the pass to arrive. He likes to make things happen.”

“Against Verona I really liked his attitude: he was practically a rookie but he played with a great deal of responsibility, also thanks to the goal that gave him confidence.”

“Edoardo is a ready-made footballer, even mentally. I’m not sure whether he can be a starter for Roma right away, it’s not up to me to say, but he has the characteristics of a complete midfielder. He reminds me of Frattesi.”

On the pressure Primavera players can face after their debut with the senior team:

“That’s what’s happening, I guess, to Felix. He started very strong, now he is in a difficult spot. Young people need to be managed. In this sense, Roma are in excellent hands with Mourinho.”

“He played a great game. It was not easy for him to step into the role of a wide midfielder.”

“In my opinion Nicola at 25-26 years old will become an excellent mezz’ala. But allow me a joke: if I had asked him in the Under-17 team to chase after the opponent, he would never have done it. However, now that he plays in the Serie A and for Mourinho, he is one hundred percent available. A very good sign.”