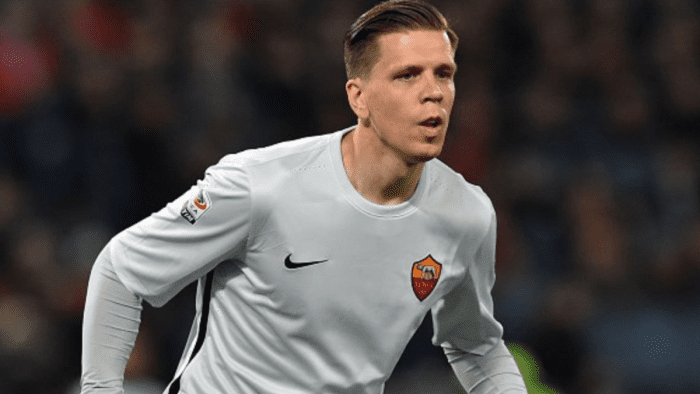 The Sun: Arsenal forgotten man Wojciech Szczesny is set to join Roma on a £15 million (€17.3 million) deal in this month’s transfer window.

The Polish stopper, 26, has been on loan at the Serie A side since July 2015 after Petr Cech was brought to the Emirates by Arsene Wenger.

Since then, Szczesny has turned out 62 times as Roma‘s number 1, including 53 in Serie A – and all 19 of their games this season.

After impressing out in Italy, the club are now willing to part with around £15m in order to land him permanently, according to Corriere dello Sport. The move will mark the end of an era for Szczesny who spent three years as a youth player at the club before breaking into the senior fold in 2009.

Szczesny has played 181 times at Arsenal in all competitions, including 132 in the Premier League between 2010 and 2015, with the 2009-10 season spent on loan at then-League One side Brentford.

Szczesny has been in superb form in recent weeks for the Italian giants, conceding just two goals in the last five games, as Roma close in on Juventus at the top of Serie A, sitting second just four points behind.

While the former Gunners number 1 is reportedly keen on a return to his parent club, it appears the door has been closed on that dream under Wenger. Not only did the French chief bring in Cech, but he also has David Ospina and Emiliano Martinez at his disposal should they be needed – with Colombian ace Ospina playing in a host of cup matches this season already, including all six Champions League group games.

On top of that, Wenger has been linked with Standard Liege stopper Guillaume Hubert, after watching him six times already as he plots a winter swoop.