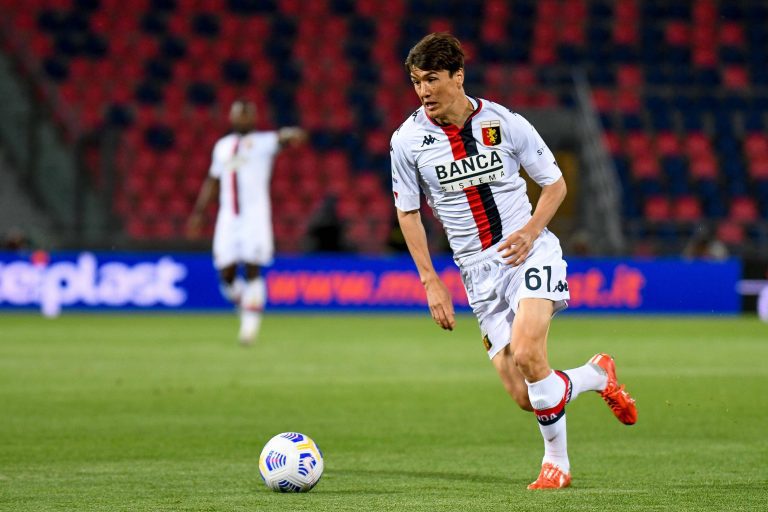 With preseason underway and the transfer window in full swing, Roma are looking to strengthen their attack.

A lot will depend on Dzeko’s future. Although General Manager Tiago Pinto reaffirmed his confidence in the Bosnian striker a week ago, Roma are still open to the prospect of selling the 35-year-old. His salary, however, stands in the way of most negotiations. With one more year left on his contract and €7.5 million in annual wages, Dzeko is a difficult sale to make.

According to Alessandro Austini of Il Tempo, Roma would be able to make a considerable move in the attack only if Dzeko were to leave as the wage bill would inevitably decrease by a large margin.

Until then, the Roman club are pursuing other options that could boost the roster rotations for the upcoming campaign.

According to Austini, one of the preferred choices for a back-up role up front is Genoa attacker Eldor Shomurodov.

The 26-year-old Uzbek put himself on display last season and finished with 8 goals and 1 assist despite starting in only 16 games for Genoa. He was one of the few bright spots in Ballardini’s team near the end of last season.

Mourinho likes his technique and physicality and considers him a valid back-up to Borja Mayoral and Edin Dzeko.

Pinto, as a result, has already contacted Genoa and assessed the price-tag of €15 million. Roma will likely try to offer a loan with an option/obligation to buy. The player’s agent is reportedly in touch with Mourinho.

Thus, if Dzeko were to stay in order to complete his seventh and final season in the capital, Roma would be looking to add a cheaper, more versatile attacker to facilitate roster rotations across all competitions including the newly established Conference League.