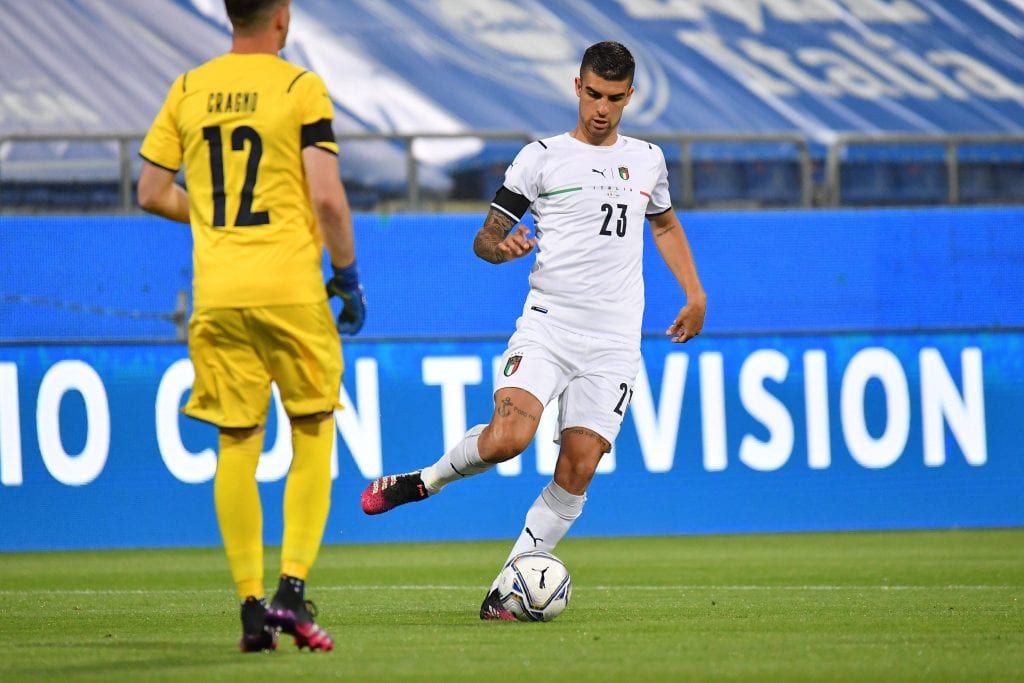 The former Inter boss unveiled his final 26-man squad late this evening on the primetime television special ‘Notte Azzurra’ on Rai 1. With the Azzurri’s first match versus Switzerland less than ten days away, Mancini was forced to make his final cuts today.

The 25 year-old Mancini was battling head-to-head with Atalanta’s Rafael Toloi for the final central defender spot in the team ― though, he was considered the favorite. However, his exclusion from the Azzurri squad was just the first of shock choices that Mancini announced during the special.

In another twist, it was announced that Sassuolo attacker Giacomo Raspadori and Inter midfielder Stefano Sensi, who was a major question mark given his lack of fitness, were both included in the squad.

Milan still eyeing Cristante reunion
| 17 May, 2022
Roma's Nicola Zalewski called up by Poland for Nations League
| 17 May, 2022
UEFA president Čeferin: “Mourinho was emotional after reaching the Conference League final.”
| 17 May, 2022