Gianluca Petrachi discusses his time in the capital, Belotti & Dybala at Roma 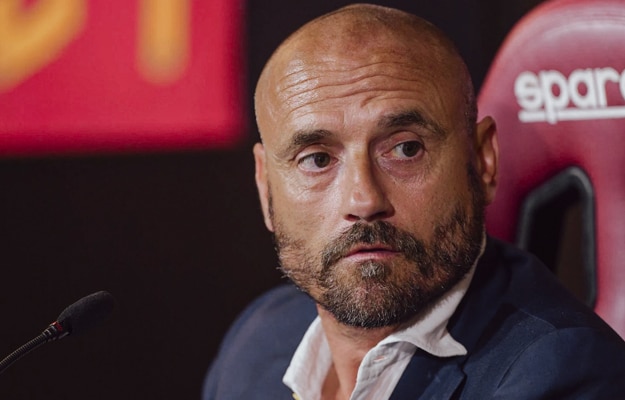 Former Roma sporting director Gianluca Petrachi – who briefly worked at Trigoria between 2019 and 2020 – discussed the reasons behind his appointment and sacking by ex-Roma president James Pallotta as well as shared his thoughts on the arrivals of Paulo Dybala and Andrea Belotti – the latter he worked with extensively at Torino.

“When I arrived at Roma I knew very well what I was facing and was already in a “surreal situation,” Petrachi told Radio Radio.

“I wanted to gain experience in another place besides Torino. President Pallotta was willing to put the situation back on its feet by lowering costs and the average age because the team was falling apart.”

“I threw myself at this opportunity and did it with passion. The thing I blame myself for is not talking to the president about things being done behind my back that I was not aware of.”

“Also, my limited use of English did not help me when talking with Pallotta and I was hoping he would come to Italy because he had promised me twice to do so.”

“Roma is not an easy place. I can now see the effort Mourinho is making in order to have everyone pull in the same direction.”

“If the team, the club and the fans are not united, things can turn sour,” he added.

On Dybala, he said, “Dybala is a beautiful signing. A real treat.”

“He must remain healthy because he makes a great difference for the team. Roma have taken a strong player.”

On Belotti, he concluded, “I believe that Belotti can be of great help in an acceptable physical condition, if he is physically well he can solve many situations.”