Gianluca Petrachi, ex-Roma Sporting Director: “The separation from Roma wasn’t mutual, they lacked any just cause to sack me.” 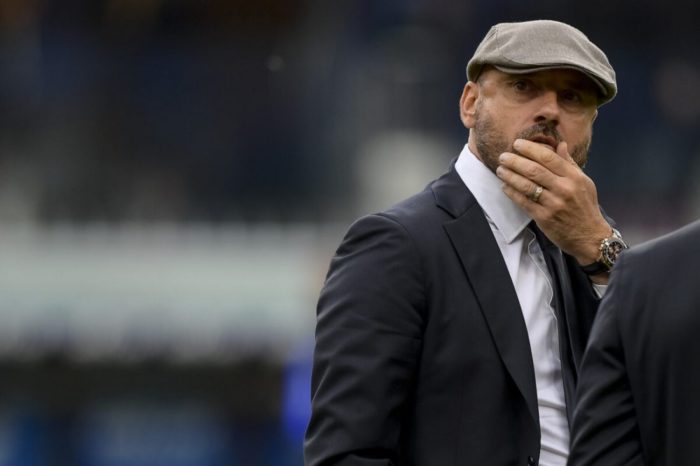 Gianluca Petrachi, Roma’s former Sporting Director, recounted his time in the Italian capital – nearly one year after he was sacked by the club.

The 52 year-old was terminated by the Giallorossi last June for what the called labeled “gross misconduct” for an insulting text message that he sent to then President James Pallotta. Petrachi later successfully sued the club for wrongful termination, but he admitted today that he never wanted to leave the Italian capital.

“Pallotta was barely present, he needed to breathe-in the air of the Roma environment,” began Petrachi.

“I will say one thing, though: he wanted Roma to be successful. He was enthralled with this club, but from a distance — this makes everything much more difficult when it comes to evaluations and decisions.”.

“In my opinion, consensual separations are the least painful in life – when the love is gone, everyone goes their own way,” he said to Tuttomercatoweb.

“This separation, however, wasn’t mutual. They had no reason to sack me and our lawsuit proved that. But I threw myself completely into this project, I gave everything. I was disappointed when I was forced to go away. Now I’m ready for a new chapter in my career.”

When asked about where that next chapter may be, Petrachi expressed one clear preference: “I don’t want to go abroad, I love Italy, my country, too much.”

The former Torino executive then discussed some of the players that he acquired during his time in Rome, including Gonzalo Villar and Pau Lopez.

“Villar’s positioning is what stood out most to me,” he explained when asked about the Spanish midfielder. “He always put himself in a position to receive the ball and make an action.”

“On Lopez, he’s a great goalkeeper. We chose him due to the way he plays, including his ability with the ball at his feet. However, he had a mental blackout and had difficulties coming back from it. He suffered a lot, but just look at yesterday and some of the great saves he made.”

“Then there’s Spinazzola and Mancini: two guys who play for the Azzurri, which is a huge sense of pride for me.”