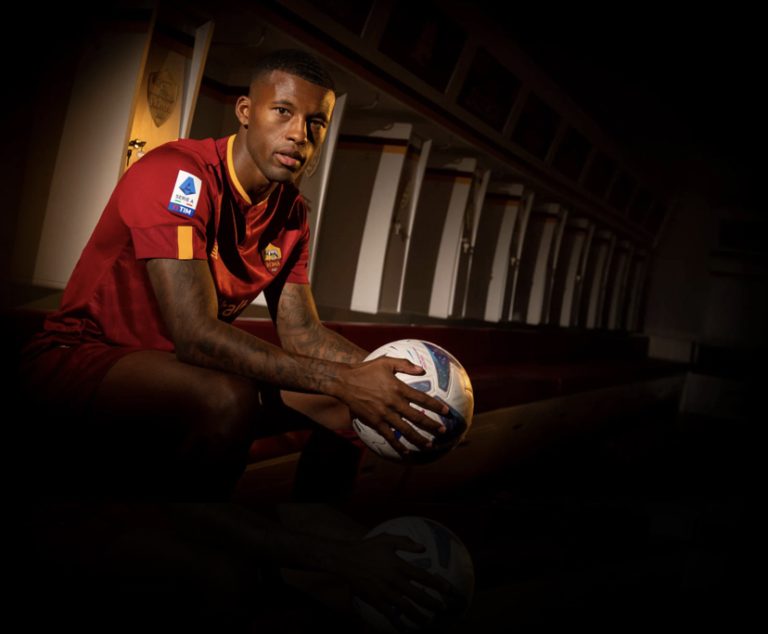 Georginio Wijnaldum was announced as a new Roma player earlier today, having signed with the capital club on loan from PSG.

The Dutch midfielder gave a lengthy interview to the club about his decision to join Roma and work with José Mourinho.

“I had already been in contact with Roma for several weeks. And in recent weeks I have tried to gather as much information as possible from those who have played here and know the environment.”

“I must say that everyone spoke very well about this club. I was impressed even before coming here.”

“Then I saw how much the club pushed to make my transfer happen. Obviously this belief gives a lot of confidence to a player, because he feels he is wanted by the club.”

“Then when I got off the plane and there were already fans to welcome me and chant my name. Well… Yes, I felt wanted by the club. Being a Roma player is a really good feeling.”

“I asked Salah and Kevin Strootman about Roma. They were the first ones I asked and they both spoke very well about the club. From that moment I started thinking seriously about this possibility.”

“I was thinking about what it would be like to live in Rome and Italy. I was trying to gather information All the people I spoke to told me that it would be a positive experience for my career.”

“The training center is beautiful, the city is amazing. The fans are very passionate. So I thought it was a possibility. Then I saw how much the club wanted me and I realised that it would really work.”

“I also received a lot of affection from the fans on social media, even though I hadn’t signed yet. It was amazing.”

“And the affection was not only for me, but also for my family. Especially my brother, who one day called me telling me that he had received a lot of messages on social media from fans who wanted me to sign for Roma. And that they wrote comments under photos that had nothing to do with football. At that moment I really felt the affection of the fans and the club.”

“The management strongly wanted me to sign. Then I told myself yes, I wanted to play for Roma.”

“When we talked, the feelings were already good. Once again I would like to emphasise the great work he has done in dealing with my agent and with PSG.”

“Mourinho and I spoke to each other and he told me the right things at the right time. That’s what I wanted to hear I think he has a lot of experience in this regard.”

“He made a great impression on me. Everyone knows Mourinho as a coach. Even the players I talked to who worked with him told me great things. It was a simple decision.”

“Of course we all want to win something. I think last season’s European victory and the new signings have created great enthusiasm among the fans and throughout the city.”

“I think you always have to be hungry to fight for something. And we’ll always have that. What I mean is that I come from a different situation. I want to have fun and give my best, but of course I want to win something this season.”

“Especially after winning the Conference League last season and seeing the enthusiasm it generated among the fans and in the club, I saw the parade around the city. I think it can be a stimulus to aim even higher. Every player must aim to always be competitive. And I am.”