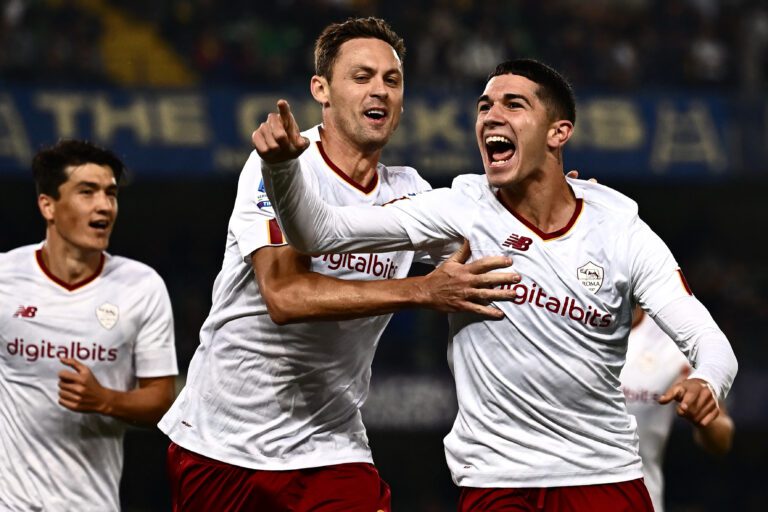 Although with a bit of extra drama, Roma secured a vital away victory this evening, defeating hosts Hellas Verona by a score of 3-1 at the Stadio Bentegodi.

The win lifts the Giallorossi to fourth in the Serie A table with 25 points, leapfrogging both Lazio and Inter.

They're now within two points of second-placed Atalanta and seven off league leaders Napoli entering next weekend's Derby della Capitale.

Tonight also marked the first time Roma score more than one goal in a league match since Paulo Dybala's injury earlier this month—a much needed confidence boost as they enter arguably the most crucial week of the season to date.

The capital club take host Ludogorets in the Europa League on Thursday before facing-off against Lazio on Sunday evening.

As for Verona, tonight's defeat leaves them stuck in the relegation zone, sitting 19th in the Serie A table and losers of seven league games in a row.

The hosts held out as long as possible after going down a man in the first half.

After scoring midway through the first half, Pawel Dawidowicz was sent off after going studs-up with a high boot to Nicolo Zaniolo's midsection.

Zaniolo got his revenge a few minutes later after he leveled the score 1-1 entering halftime.

Just like the first half, the hosts frustrated Roma following the break and looked as if they'd see out the result and earn their first point since September 4th.

However, substitute Cristian Volpato would play the role of hero in the 88th minute.

The 18 year-old found the back of the net after Nemanja Matic delivered a perfect pass after a lovely slaloming run on the wing.

On the edge of the area, Volpato received the Serbian's pass and fired a near-perfect low shot into the corner beyond Lorenzo Montipo's reach.

Veteran attacker Stephan El Shaarawy added a cherry atop the sundae with a third goal just moments later, dinking the ball over Montipo and securing all three points for Jose Mourinho's side.