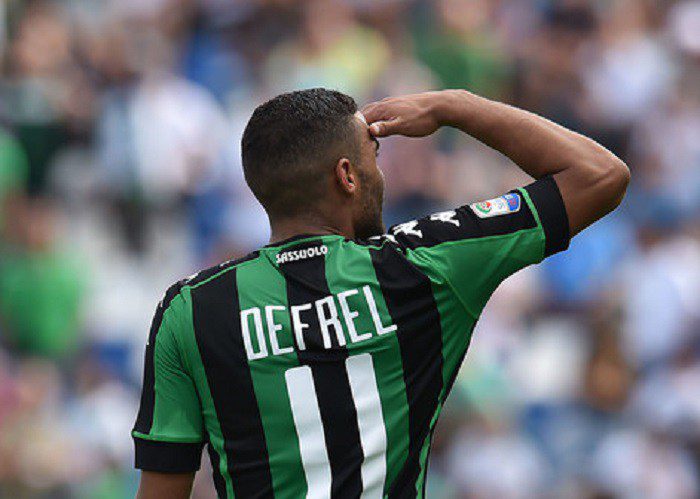 Il Tempo: If you were born on 17 June, then Roma is your destiny. Defrel celebrated his 10th birthday on the day Roma celebrated their Scudetto in 2001. He’s now 26 and can not wait to put his skills into play in a team with ambitions.

If it was up to him, he would already be at Trigoria training with Spalletti. Roma have been fawning over him for a few months now, sporting director Massara has found an agreement in principle with Sassuolo’s Angelozzi for a valuation between €18-€20 million for the player. Even the agreement between the player and Roma has a verbal agreement. It is certainly not the wages of Defrel that are the problem. The problem is called Squinzi, president of Sassuolo, who, unlike his sporting director who is ready to make a good plusvalenza on the player (bought for only €7 million in 2015), he does not want to give up a jewel from his team in January. Even Sassuolo manager Di Francesco seems to have come to terms with a potential sale.

Today in Pescara, Defrel will probably be left on the bench in favor of Matri. This comes after Di Francesco stated that, “Defrel is experiencing a particular moment, he had some physical issues and what is going on around him does not help anyone.” Translated: the transfer market and specifically the call of Roma is distracting him. The player has indicated to the club that Roma have presented an important opportunity, perhaps unique, and that he would like to move to the Capital: he isn’t willing to wait. So we just have to wait for the decision of Squinzi: compared to a few days ago, a little gap in his securities has opened. Still not enough, but at Trigoria, they continue to work on the deal with a good dose of confidence.

The rights to Pellegrini will not enter negotiations. Roma intend to exercise the buy back option at the end of the season for €10 million. It’s a considerable expense, but still less than the value of the player.

It will depend on many things. In the negotiations for Defrel, both Ricci and Mazzitelli could enter talks, who are on loan at Sassuolo. Or some other youngsters launched by Alberto De Rossi could be included.

Massara is keeping open a number of alternatives, from Jesé down. Spalletti is waiting and is no longer in a hurry as the last few matches have reassured him of the ‘depth’ of the roster, but Roma will, however, not miss the chance to get stronger. Because the season is long. And full of trophies to chase.

Former Roma boss Paulo Fonseca: "I had two amazing years with the Giallorossi."
| 27 May, 2022
Wan-Bissaka could be the next Manchester United star to head to the Stadio Olimpico
| 27 May, 2022
Roma will soon discuss Zaniolo‘s renewal
| 27 May, 2022