Is Monchi moving Roma in the right direction? 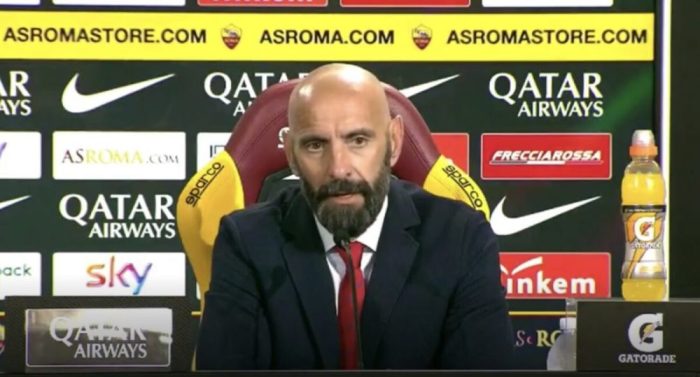 Roma supporters could feel happy with a third place Serie A finish last term. Despite the club ending the season 18 points behind champions Juventus, Roma qualified for the Champions League for a fifth straight season. The club also reached the semifinals of the European Cup tournament in 2017-18 and hopes of an onslaught on both the domestic and Champions League competitions this season were high.

Yet, Roma have now tempered many expectations by selling two of their highest profile players. Midfielder Radja Nainggolan was the first to go and Roma’s director of football Monchi was all too willing to sell the Belgian to a direct rival in Internazionale. Roma did collect £33.5 million for the player, and it must be said, Nainngolan’s age made it a good time to sell.

Roma have now agreed to sell goalkeeper Alisson to Liverpool for £66.8m. Although Roma will have brought in just over £100 million, Monchi has flipped the Giallorossi playing staff in just over 12 months of being at the club.

Upon news of Alisson’s departure, Monchi was already fielding questions about Roma’s ambition. The director of football took criticism for selling Mohamed Salah to Liverpool a season ago, and now Alisson’s departure is a curious one. Roma have already allowed back-up goalkeeper Lukasz Skorupski to leave the club. Former Parma goalkeeper Antonio Mirante, now 35, looks to assume the No. 1 shirt for now until Monchi brings in yet another player this summer, especially former glories currently playing in the United States league (MLS).

Swedish international and FC Copenhagen goalkeeper Robin Olsen could be purchased by Roma. He is being track by several clubs after a good performance at the World Cup with the Brazilian national team, even if bettors who have been using their “codigo bonus” (article in Portuguese) may been lost a lot because of the defeat against Belgium in quarter finals. Would he be an upgrade on Alisson? Of course, only time would tell.

What does the sale of Alisson mean for Roma?

Roma have brought in nine players this summer. Only one, Javier Pastore, has arguably proven his worth at the highest level. Yet, even Pastore failed to hold down a regular position at Paris Saint-Germain after his initial move to the capital club from Palermo in 2011. Dutch teenager Justin Kluivert looks exciting, but he is still a prospect in an increasingly unproven set of players.

By selling Alisson, Monchi has allowed part of Roma’s backbone to leave. With so many new players in the side, having an experienced goalkeeper would keep continuity at the club. In addition, Alisson is just 25 and could have had several more years as Roma’s No. 1. Alisson kept the third most clean sheets a season ago in Serie A. The Brazilian kept 17 shut outs, one fewer than Napoli’s league leader Pepe Reina.

There is a bright side to selling Alisson now. Last term was his first full season as Roma’s regular goalkeeper. The previous season saw him as Wojciech Szczesny’s back-up. Allowing the Brazilian to leave shows Roma can find someone else to take over the gloves and lead from the back.

Alisson’s sale to Liverpool now makes the English club even stronger. The Reds have had an unbelievable summer in the transfer market. Jurgen Klopp’s team is far stronger than it was in the Champions League final against Real Madrid. Roma have helped build Liverpool over the last two seasons by selling two of their best players to the Reds.

Monchi is leading Roma somewhere currently. However, it remains to be seen if it is the right direction. Anything less than a top three Serie A finish will be seen as a digression.