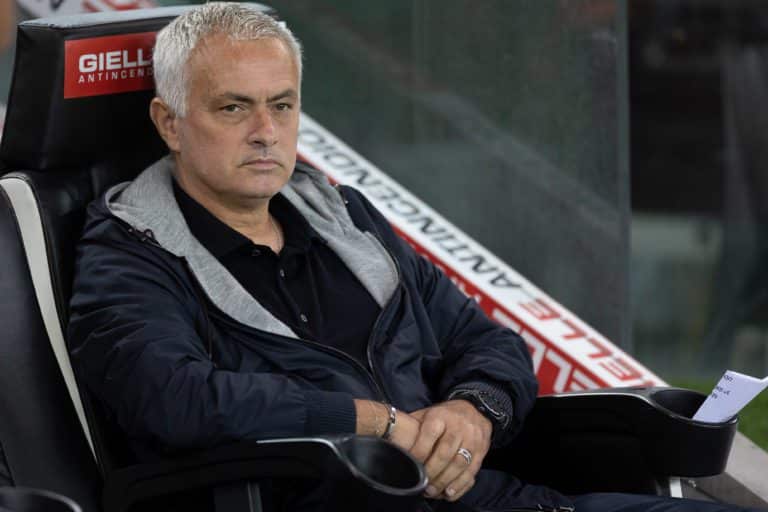 As Roma look ahead to their first Europa League affair of the year with Ludogorets in Bulgaria, Giallorossi manager Jose Mourinho described his journey with the capital club in an interview with UEFA.

“I’m the only one who’s won all three UEFA competitions,” he said, pointing to his tattoo which depicts the Champions League, Europa League and Conference League trophies. “I find it funny, but if you think about it, it’s something to be proud of.”

“However, there’s still plenty of work to do and I will try to do something more,” Mourinho continued.

The Portuguese technician went in depth about his arrival in the Italian capital a year ago. “Although it’s always good to learn beforehand about the team you’re joining, you’ll soon learn the most by working with the players.”

“The most important thing was to build a mentality that had been absent at Roma for many years. It was instilled along with another element that I consider crucial: empathy.”

“Empathy goes beyond the locker room, it goes beyond the club and reaches the people, and depends on what people think and feel for the club. This club, Roma, is much bigger than the team, it has an enormous weight and is subject to a great deal of pressure from the community and supporters.”

“Last season was important not only for the team but also for the club as a whole and to be honest with you, for me as well.”

On the Conference League final, Mourinho commented, “In a final the team must feel comfortable, at ease. I never believed in the surprise factor. That’s what makes a Mourinho team: when the players feel at ease and must interpret the role of artists.”

“In a final, the artists must make a difference and I had some artists who did. The supporters came in thousands, they stormed the city and that ultimately helped Roma celebrate a trophy for the first time in many years.”