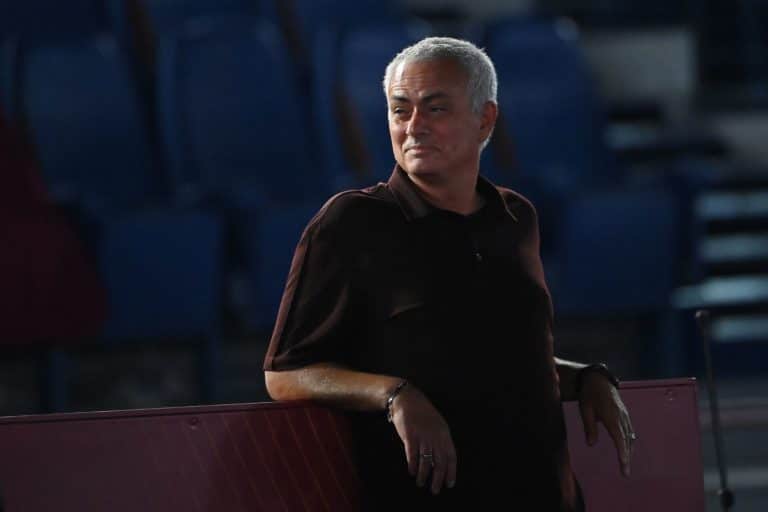 After an emphatic 3-0 win over Monza at the Stadio Olimpico tonight, Jose Mourinho went into more detail during his post-match press conference regarding Roma’s recent transfer business. The Special One revealed that Gini Wijnaldum’s injury had an impact on the club’s business only days away from the transfer deadline.

“Honestly, without Wijnaldum’s injury and without Camara’s arrival, I think a central defender would have arrived. It’s a bit like last year, when Spinazzola got hurt and we had to postpone acquiring a centre-back for a full-back.”

“I don’t have the courage to put pressure on General Manager Tiago Pinto or the club. The work they are doing is fantastic, with all the limitations that we have… things like Financial Fair Play seem to exist only for us and not for everyone.”

“The director and the club have made an extraordinary transfer window by bringing players of the highest level with an investment of only €7 million. So as we approach the final day of the window, I don’t have the courage to ask of them another defender. They know we need it, but they also pay me to find solutions.”

“Last year we invented Zalewski as left-back, this year we will invent more players. I don’t think we will do anything else. Maybe we’ll adapt Vina as a centre-back, or Karsdorp, we’ll see day by day.”

On Belotti’s first minutes with the Roma jersey, Mourinho remarked, “He’s worked a lot with personal trainers, not with a team. He did not train with Palermo, but on his own during the summer.”

“He’s missed the ball at his feet, he lacks agility and intimacy with the ball. I put him out there tonight more for his motivation, for the effort he made to get there, for the risks he took while waiting to come to us.”