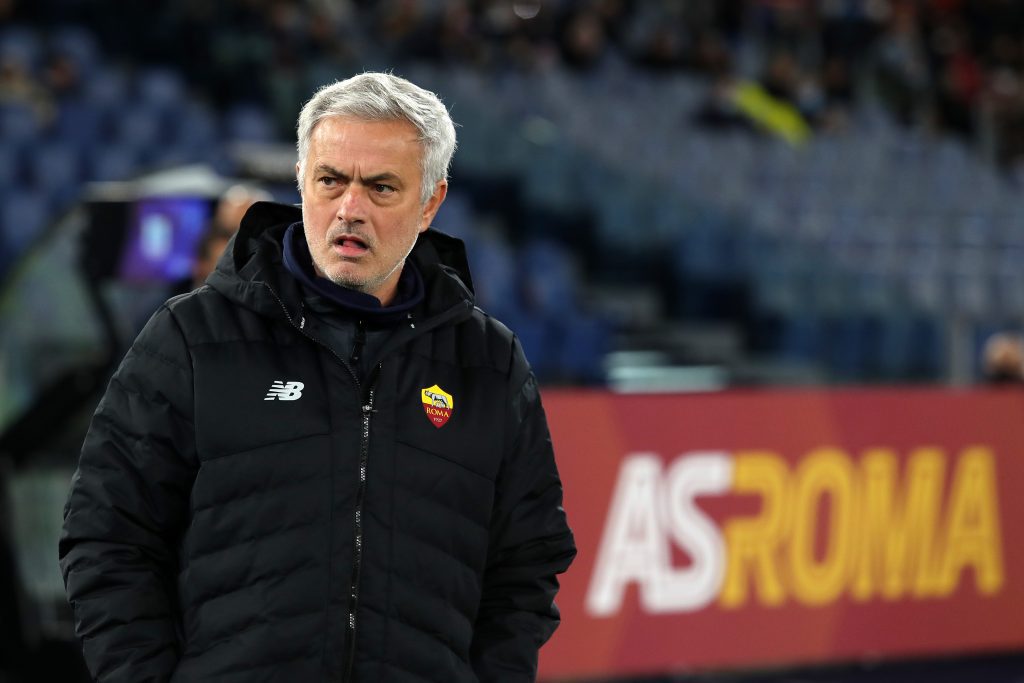 Jose Mourinho sat down to address the media in the press conference leading up to tomorrow’s first matchday of the new year vs Milan.

On the team’s overall condition:

“Rui will play. He did not train yesterday and the day before yesterday due to a back problem, today he trained and he will play tomorrow.”

“Fuzato will not be there, we will bring Boer and Mastrantonio as a second and third option. Rui is in perfect condition to play.”

“It was a week of holidays and work, we worked well. We are 15 days without a competition and it is natural that we lose something in terms of intensity and pace of play, but we are fine.”

“The only player who is truly continuing his recovery is Spinazzola.”

“But we are prepared, maybe after 15 days without football it is better to return with a match of this level because you don’t need to find motivation. Just go to San Siro and play against Milan in this case, I think players find concentration and motivation easily.”

On whether he’s already made history with Roma:

“But to make history and leave your name in true history you need trophies that we don’t have right now. It’s only been 6 months, but we’re far from that.”

On the clubs he won’t be able to coach after his experience in the Italian capital:

“We are professionals and to say that you cannot coach other clubs is a risk. There are clubs to which you can say ‘no’, you don’t say it out of disrespect for other clubs but you refuse for the kind of story between the club you coached before and the one that comes along.”

“After 2010, the first Italian club that spoke to me was not Roma, so to speak. Roma could be accepted, the other one could not. It is not disrespect, but I will never be able to coach Lazio. And they sure think the same of me.”

“But there is always professional respect. For example, I don’t think I’ve ever had any problems with Milan, maybe a few jokes. Maybe there are clubs you can’t manage.”

On dealing with unvaccinated players:

“Unvaccinated people are private and players have the right to protect their privacy. Even some players had COVID last week, asked for privacy and we respected their wish.”

“Rules are rules, when the Italian government decides the decision must be respected. And on a player who has not been vaccinated so far, we obviously want him to respect the law and be able to do his job and play. But I don’t think we’re going to have any problems internally.”

“I’m not comfortable talking about it because no one told me he’s officially our player. At the moment he is not our player. He grew up in Arsenal when I was at Chelsea and Tottenham, I know him well.”

“The profile of our market is known, it will not be similar to that of Atalanta or Fiorentina. We must try to improve the balance of the squad with one or two players on loan.”

“For example Karsdorp has always played and when he was disqualified with Inter we were not a team and we were lost.”

“The manager and the club are working at this level to find a player profile for the loan and that the home club thinks it is worthwhile to come on loan.”

“When you look at the Arsenal squad they have Tomiyasu, then they have 3-4 options and we have found this option. We tried to do it, let’s see. If a player arrives, I will feel much better. Then we see, the market is open for practically a month. If we can do this in the first week of January, there is always the hope of doing something else.”

“He recovered well, thanks to him, to Carlos Lalin and some other physiotherapist he had a fewer days of vacation.”

“From the 30th of December he has been working normally. He can play, but he can’t play 90 minutes.”

“I think it is not a problem for him to start the game. I never have problems with coexistence with players, this is a problem that I like. We have these players in the middle of the pitch plus Villar and Bove who can play, that’s a good problem for us.”

“We have analyzed all their games, obviously we will try to play better and make a different result from the first leg.”