Jose Mourinho warns of difficulties ahead of match vs Zorya Luhansk 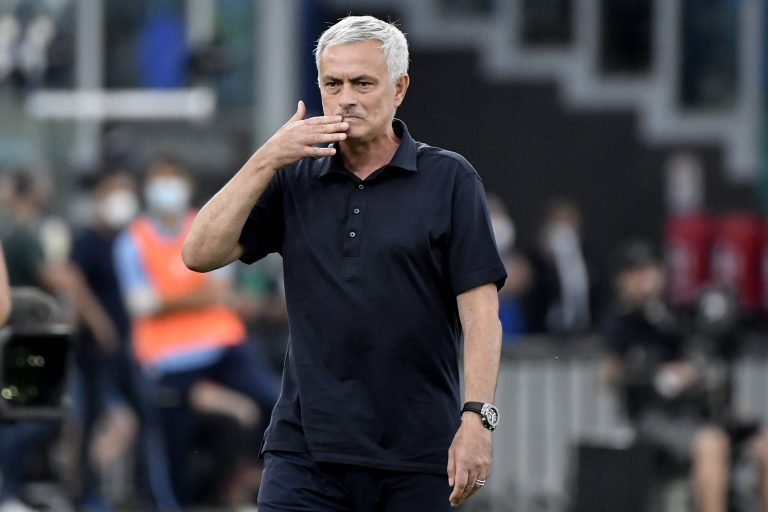 Jose Mourinho sat down to address the media after touching down in the Ukraine for tomorrow’s Conference League match against Zorya Luhank.

On his first impressions:

“I played against Zorya a few years ago, in December, you can imagine that the conditions were different. These are good for playing, I haven’t seen the stadium and the ground, but it’s fine, the temperature is perfect for playing.”

On Zorya as an opponent:

“We analyzed what was possible, we saw the matches they played in Europe and the one with Bodø, but also the main ones in the league, like the one with Dinamo.”

“Maybe tomorrow they change something, but they always played with a fixed line-up, they are an organized team. We want to win, but they are very organized, they can put us in difficulty.”

On his motivations for this competition:

“It is still a long way away: now the goal is not to win the cup, but to win tomorrow. Then move on to the group. “

On whether Roma are favorites:

“This thing of being favorites in today’s European football is a complex matter. By now every team in every country has work and organization and we can’t talk about the huge differences that could be found a few years ago.”

“It is the fourth different team with whom I play in Ukraine and I don’t remember an easy game: with Inter I won at the last minute, with Chelsea I drew, with Manchester, always against Zorya, we won 1-0. It’s never easy and it won’t be tomorrow. We have to face the challenge with a lot of concentration, because nothing is easy.”

On whether he expects any major squad rotations:

“Changes are one thing, playing with a second team is a whole other matter. Clearly some players need to rest, others who don’t play much need a chance. But I will field a strong team and the goal is to win the game.”