Juve boss Allegri previews clash vs Roma: “It will be a complicated match.” 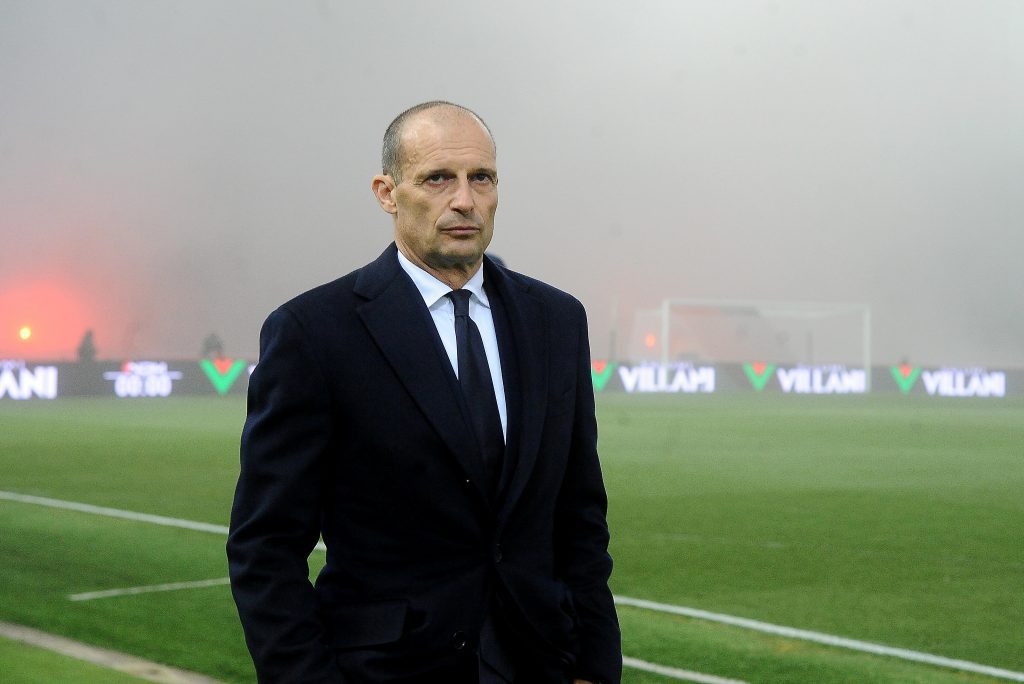 Juventus manager Massimiliano Allegri addressed the media ahead of today’s showdown at the Olimpico between Roma and Juve. Allegri will miss the match due to suspension.

“It’s always Roma-Juve, a complicated game because it has excellent individualities.”

“In these difficult moments, after a defeat like the one against Milan, Mourinho will prepare the game in the best possible way and we will have to play a great match from a competitive and technical point of view. It’s another direct confrontation, you have to prepare it well.”

“I will evaluate the team today. There will be some changes made, we come from a week of hard work.”

“I don’t know whether we’ll be able to play with two midfielders. It all depends on Chiesa’s condition, if he has recovered, how Dybala is doing.”

“Bernardeschi played a lot, even though we’ve just started following the break.”

“Alex Sandro is out. Chiellini will be back, then Kaio Jorge and Pellegrini as well but they are not in optimal conditions. Then there will be the Supercoppa, Sampdoria and Udinese. The changes will be important tomorrow, the important thing is to have the right spirit.”

On similarities between him and Mourinho with regards to the project they’ve accepted:

“I came here knowing that it was the year in which we had to start improve the team in order to return to fighting for the scudetto in two years.”

“We could have done better in some matches, but it’s a question of the team’s growth and experience. Players that are less experienced in terms of playing lots of games and winning them – ultimately you pay for it.”

“Mourinho is doing a good job. In two months you cannot change everything and work miracles.”

“There is work to be done, we need to improve in ball management, in attacking the goal. But we have improved in many things, it takes a little patience but I knew it.”

“We all would like to win and fight for the scudetto, but there are times in football when you have to know how to rebuild to find yourself fighting for the scudetto within two years.”