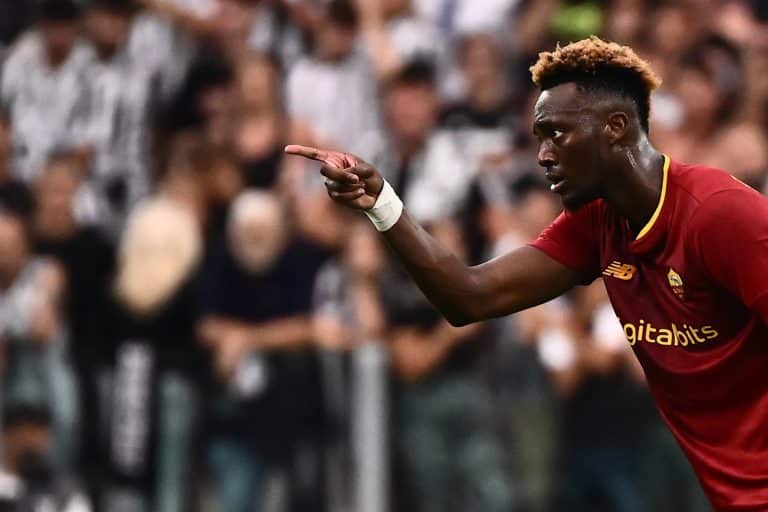 Marking his return since leaving the club, Roma’s Paulo Dybala dealt a crushing blow to former employer Juventus—delivering a stunning late assist to Tammy Abraham and securing a 1-1 draw in Torino.

The Giallorossi shook-off an abysmal opening half performance to steal a point and cancel out Dušan Vlahović’s early free-kick goal.

Playing in a packed Allianz Stadium, Roma found themselves just moments after kick-off.

Just 70 seconds into the affair, the Serbian international scored a perfectly placed free-kick into the top right corner of Rui Patricio’s goal—leaving no chance for the Portuguese international.

The Bianconeri nearly double their lead 15 minutes later through Manuel Locatelli, however, VAR ruled the goal off due to a hand ball in the build-up.

It was much of the same throughout the first half as Max Allegri’s men caused huge problems for Roma, particularly in midfield.

Defender Chris Smalling saved the capital club on several occasions and was certainly the standout performer in the opening half.

However, Jose Mourinho’s to switch from a 3-4-2-1 to 4-2-3-1 formation worked wonders for the capital club in the second half.

His side really grew into the game, particularly in the latter stages, and even had a chance to snatch a win but Lorenzo Pellegrini and Stephan El Shaarawy failed to capitalise.

Ultimately, though, both sides displayed clear deficiencies and requiring tactical changes throughout the match, making the draw a fair result.