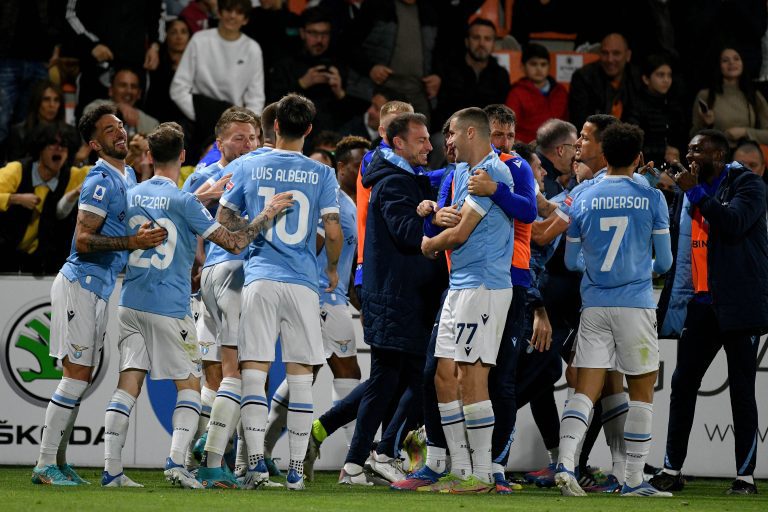 Lazio have produced an official statement following Mourinho’s remarks regarding the Biancocelesti’s win at La Spezia with a late goal scored from an offside position.

“The fact that in 2022 a coach of another team, during his press conferences, repeatedly refers to alleged arbitral favours to competing teams and that, at the same time, some national sports journalists, of declared football faith, get angry on the same subject, forgetting their professional role and the duty of impartiality, shows some things: that Lazio is obsessively in their thoughts more than other coveted professional objectives.”

“That, as often happens, you look at others in order to divert attention from bad results and from sensational episodes that took place in their own home, in their favour, under the eyes of everyone.”

“That despite the need to evolve the image of football in Italy, some people engage in the constant repetition of accusations against the referees and VAR.”

“That these offensive attitudes towards the category of referees and the lack of journalistic objectivity too often overlooks.”

“Società Sportiva Lazio rejects criticism and insinuations from broadcasters, continues to believe in values proven on the pitch and not in television lounges.”

“Lazio will never lend itself to being anyone’s alibi or scapegoat and will assert its reasons in the appropriate venues.”

“The club continues not to discuss the decisions taken on the field, even when it comes to glaring episodes that took place against the Biancoceleste team, such as Tonali’s foul on Acerbi in Lazio-Milan on the occasion of the goal or the elbow in the area of Ibañez on Milinkovic in the return derby, just to name two even if we have many others in mind, also in Spezia-Lazio.”

“These are decisive episodes on which we chose silence out of respect for the referees on the field and the VAR, respect that others have not shown and continue not to prove.”